The 3rd Rock from the Sun episode "A Friend in Dick" (season 3, episode 8) features two of the characters wearing paintball-splattered camo. 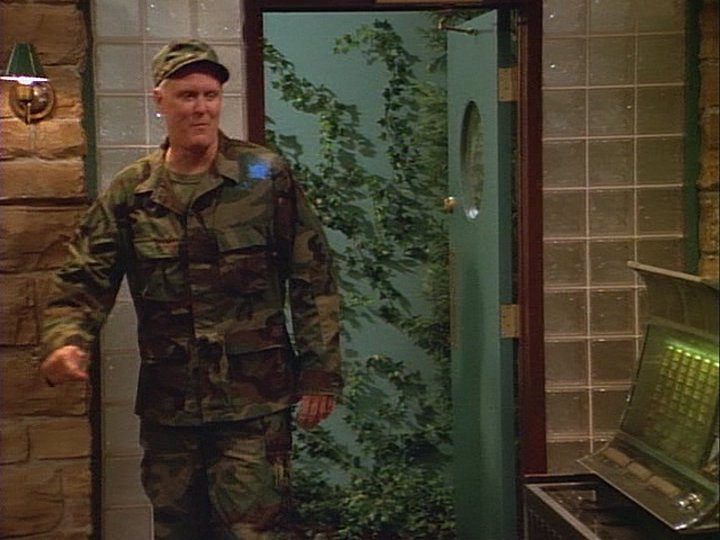 "Incoming! Turns out paintball is a lot more fun than I thought, eh?" Dick (John Lithgow) enters the bar, presumably
after a paintball game, with a splot of blue on his shoulder. 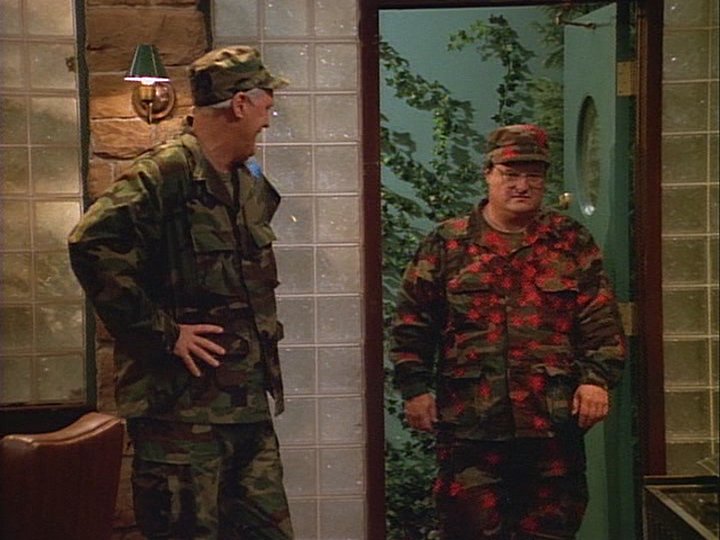 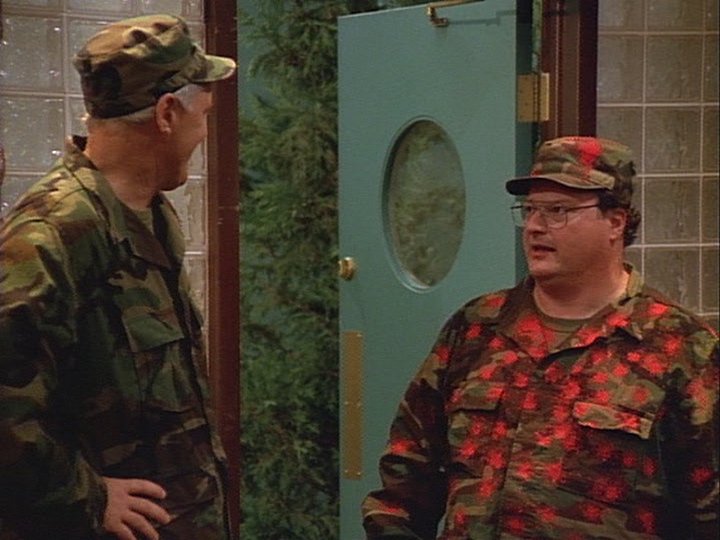 "Well, you didn't have to tie me down and do me execution style!"