The movie Meet the Spartans (Sean Maguire, 2008) uses paintball guns in one scene of its parody of the film 300. 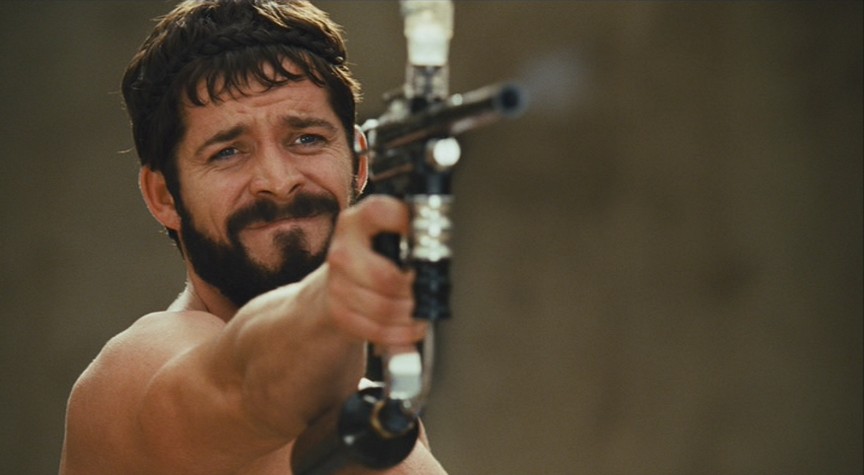 In a scene parodying one from the movie 300 (2006) King Leonidas (Sean Maguire) beats on his son, Leo, Jr. (Hunter Clary) with a clay pot,
a folding chair and a chainsaw, until finally he brings out a Kingman Spyder Xtra paintball gun and uses it instead. 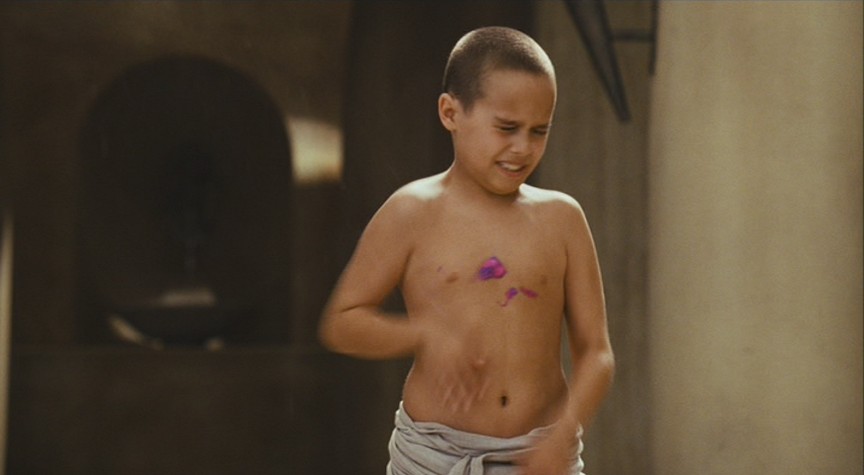 Leo, Jr. takes several hits (although they appear to be low-velocity blobs of paint with no shell.) 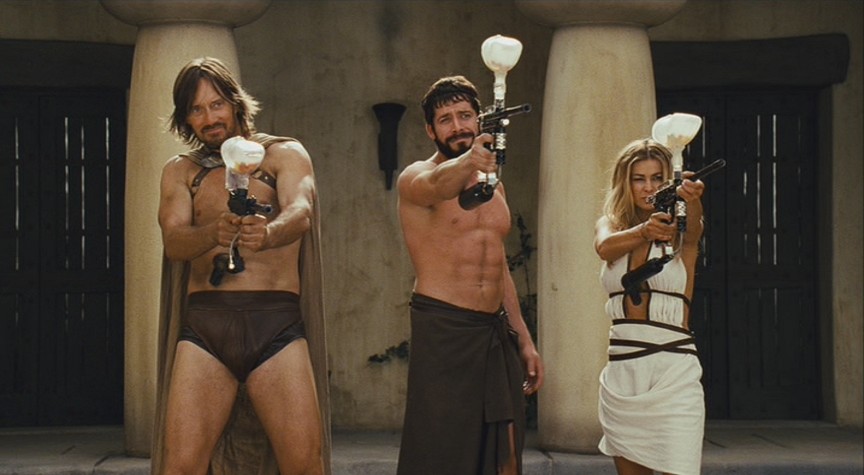 The Captain (Kevin Sorbo) and Queen Margo (Carmen Electra) then join in. 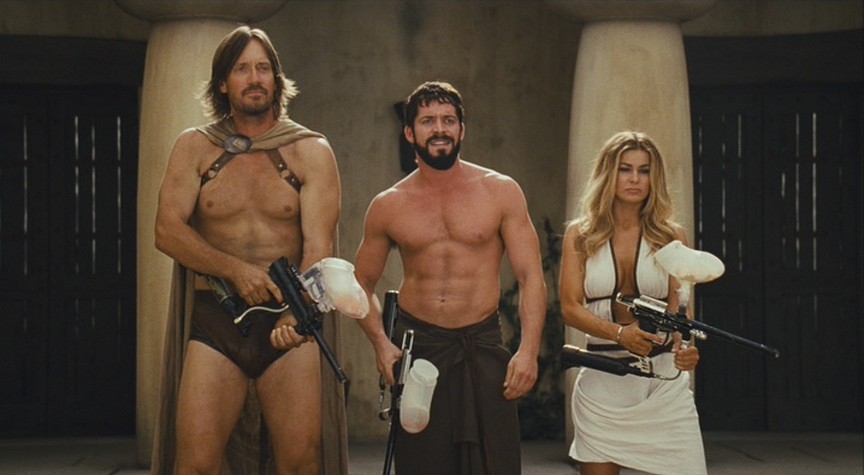 They pause for a moment, as the Captain notes the Persian Emmisaries are waiting.  The Captain is holding a Tippmann Model 98 with a 7-ounce
CO2 tank on an unknown drop-forward, an Armson Pro-Dot sight and a Viewloader 9V Revolution loader. Queen Margo has another Spyder Xtra. 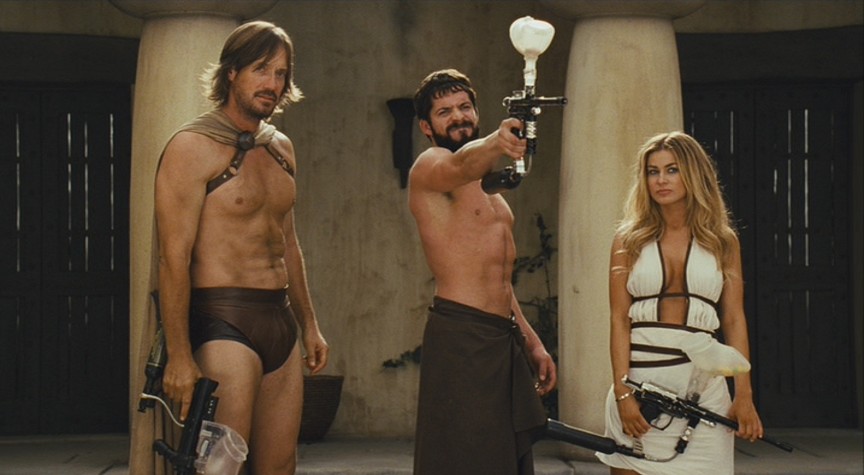 Just before leaving to meet the Emmisaries, Leonidas fires one last shot. 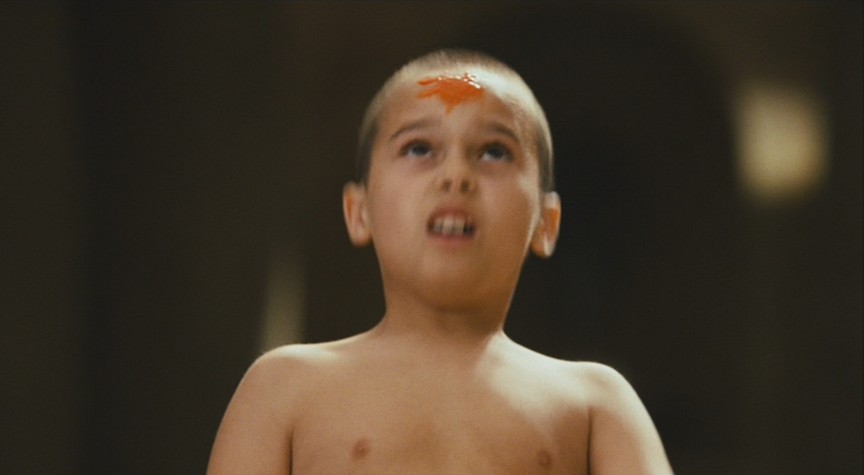 Which strikes Junior square on the forehead, knocking him out.