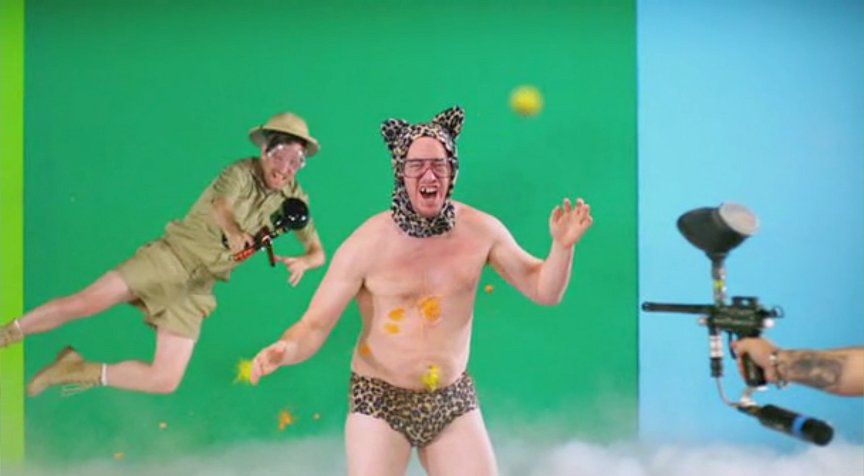 Jackass 3D opens with a montage of the various cast members being assaulted in various ways, including this guy, who is shown being shot
at close range by two others with paintball guns. Knoxville, the arm at the right, is using what is possibly a Kingman Spyder Flash, while
the fellow at the back might be using a modified Ion, with an Evloution loader.

Eye protection is minimal and of course inadequate, despute the fact they're clearly shooting actual paintballs. 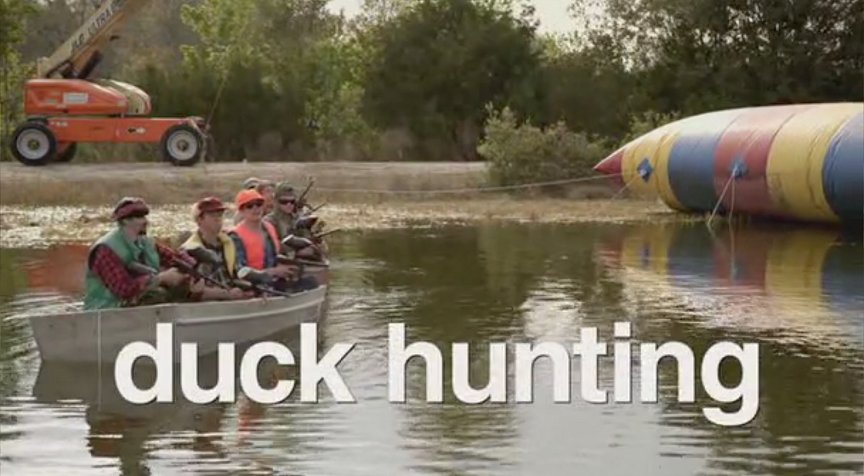 Later in the movie, they perform one segment called "Duck Hunting". Six of the cast are in two small boats, while a seventh gets launched
off the airbag to the right- at which point the six try to shoot him while in the air. It should go without saying, Don't Try This At Home. :) 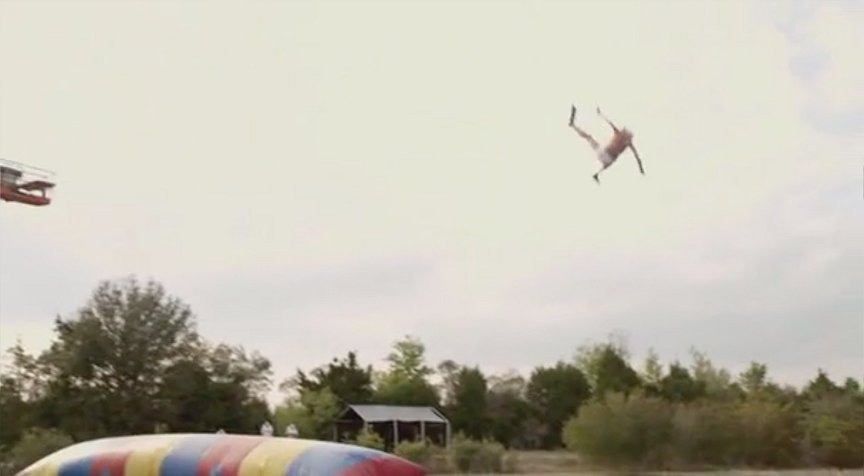 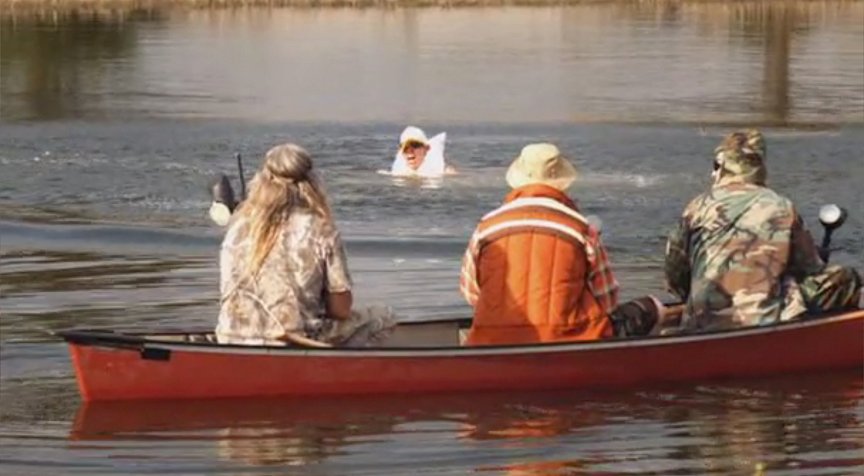 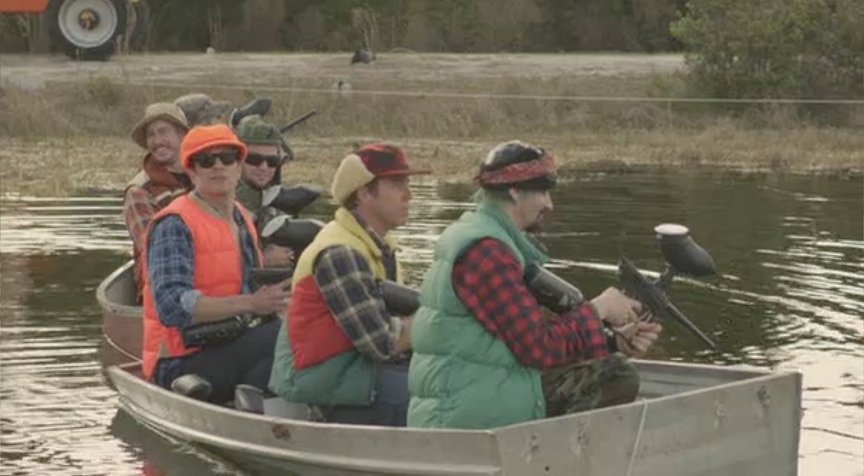 The "hunters" markers are never shown clearly, though in this scene, they appear to be Smart Parts Vibes, with the typical unpowered
200 round hoppers, and what are probably the usual 47 CI steel screw-in HPA tanks. 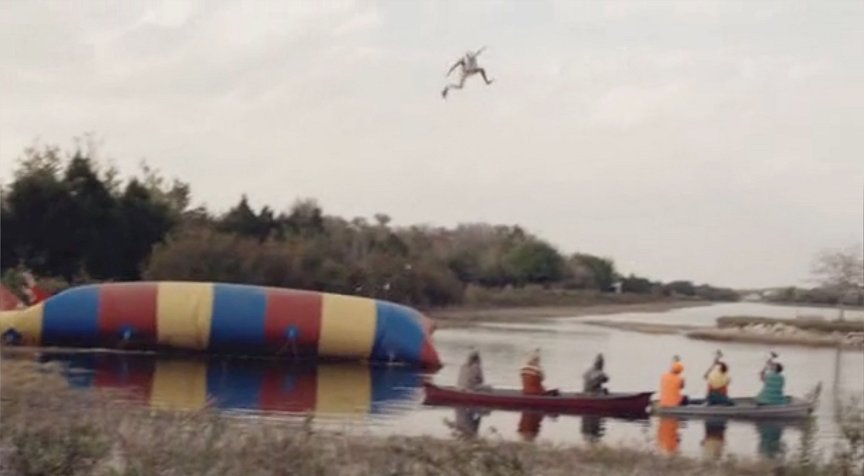 The second "duck" goes flying. Afterward, another fellow states he has at least a dozen welts as a result.