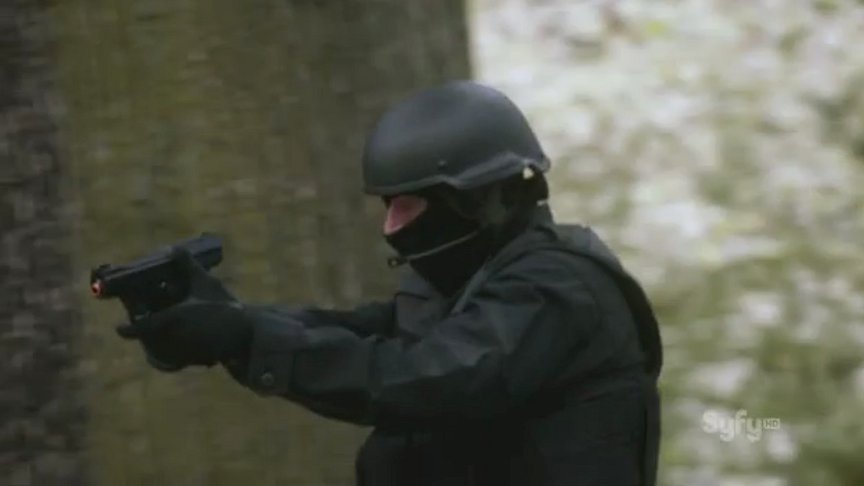 The Department of Defense moves to capture the Alphas on suspicion one of them is a traitor. Teams of soldiers capture each one in turn
by shooting them with tranquilizer darts, fired from what is actually a Kingman Training 'Eraser' .43 caliber semiautomatic paintball pistol. 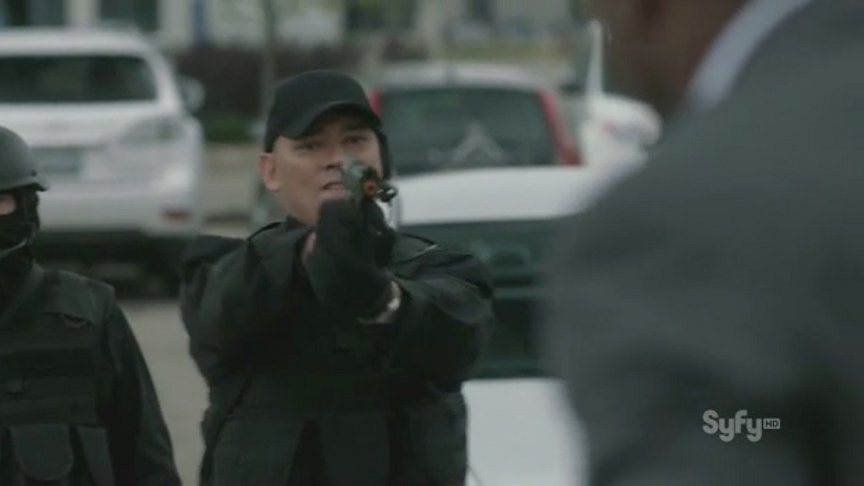 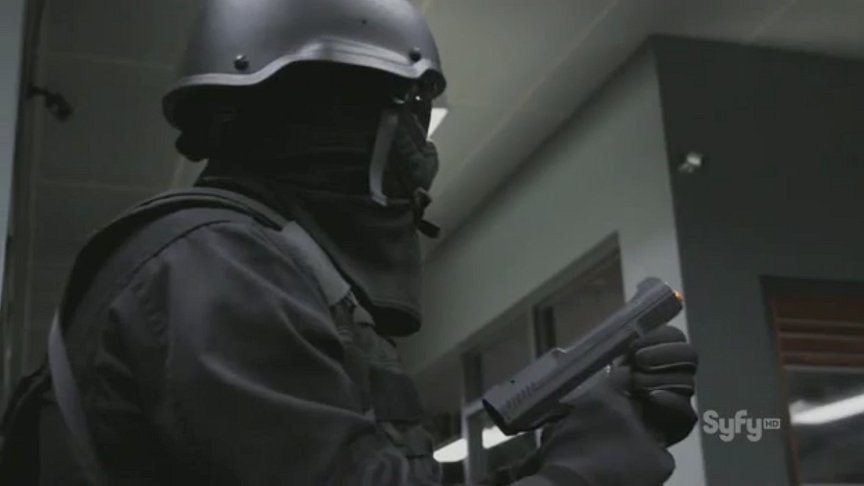 And finally Nina, Rachel and Cameron. The guns are completely unmodified, even leaving the original orange front cap. 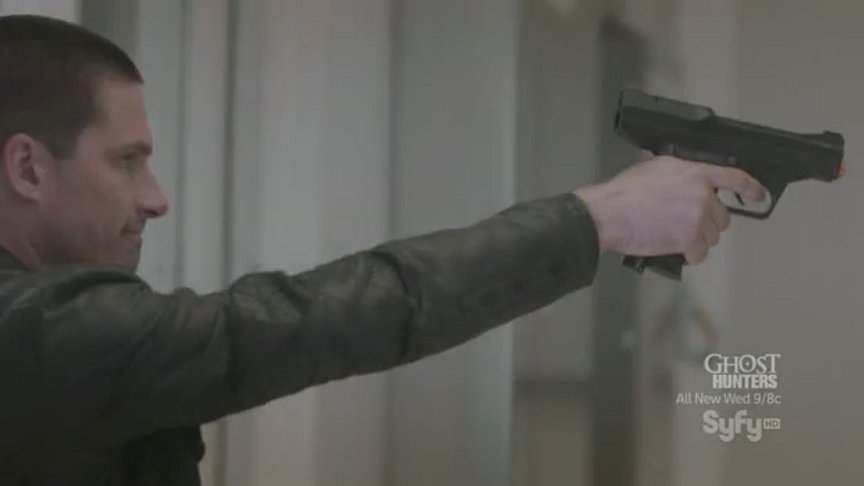 After a brief stay in a special prison, the Alphas break out, turning the "tranquilizer" guns around on the guards.
Note the unusual "hold the sights six inches above your eye line" sighting technique. 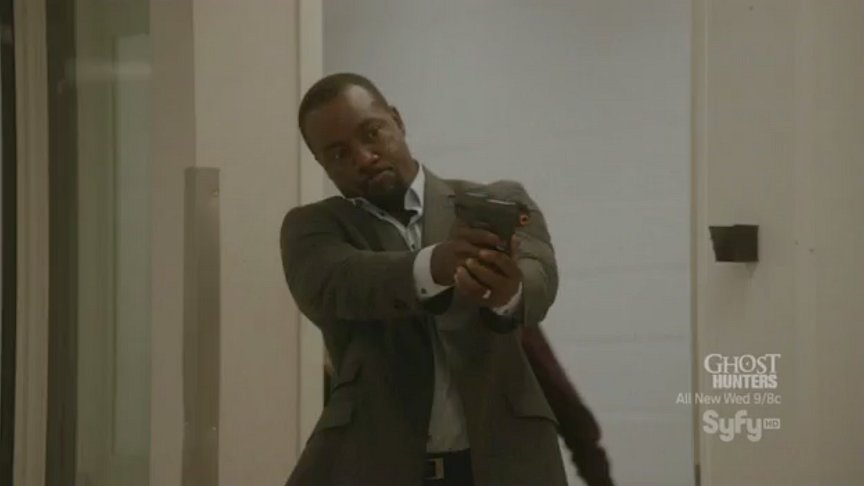 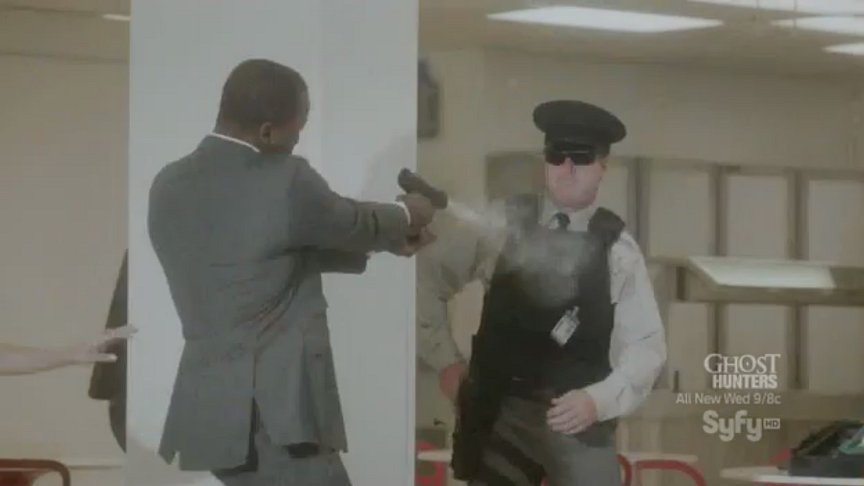 Actual tranquilizers of course don't act anywhere near that fast, and I suspect shooting a guard in the middle of his bulletproof vest
would reduce the effectiveness of a dart even further, but hey, it's SyFy.