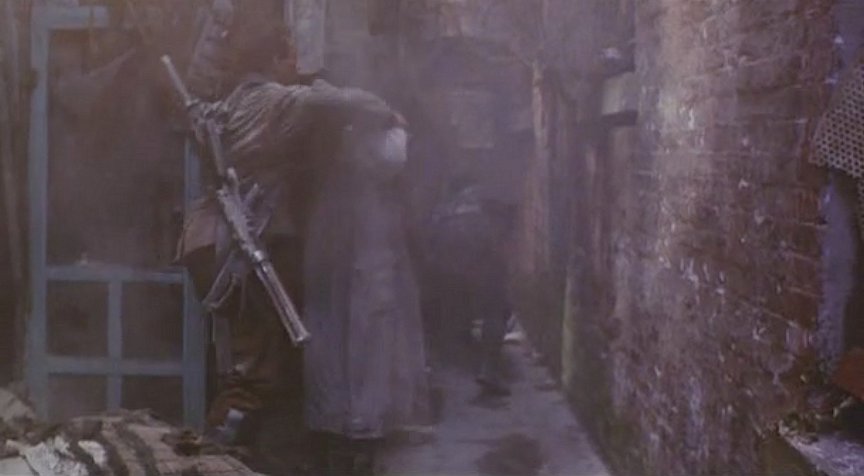 Early on, we run into Gibson Rickenbacker (Van Damme) with a myriad of weapons slung across his belt and back, among them this rifle. 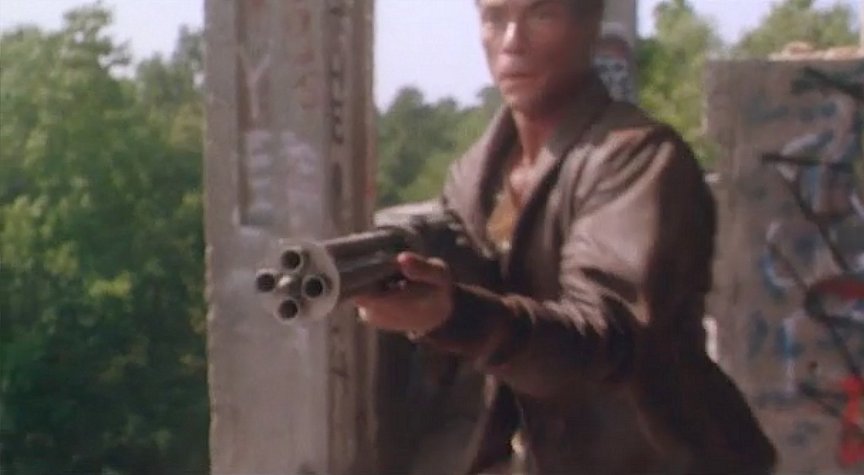 The rifle turns out to have four barrels, and appears to have to be rotated manually between shots. 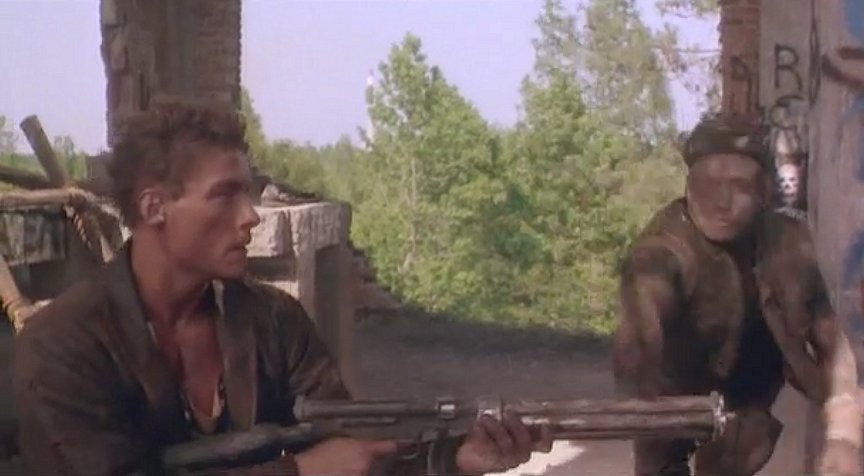 And here we finally get a decent look at it, just before it's pulled away by disposable goon #6. It's a Tippmann SMG-60, modified simply by
the removal of the original "Sten gun" style side magazine, and the addition of the quad-barrel assembly. 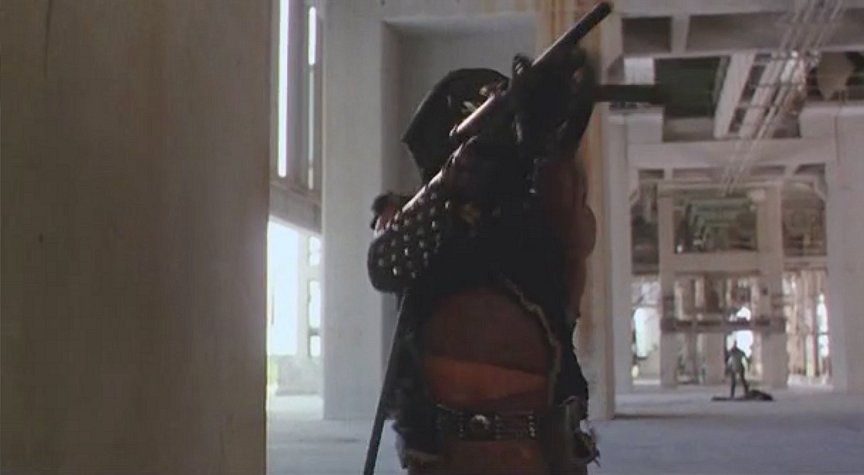 A short while later, at another abandoned building, about-to-be-deceased disposable goon #21 tries to shoot Rickenbacker with another
SMG-60, but is shot before he can fire. 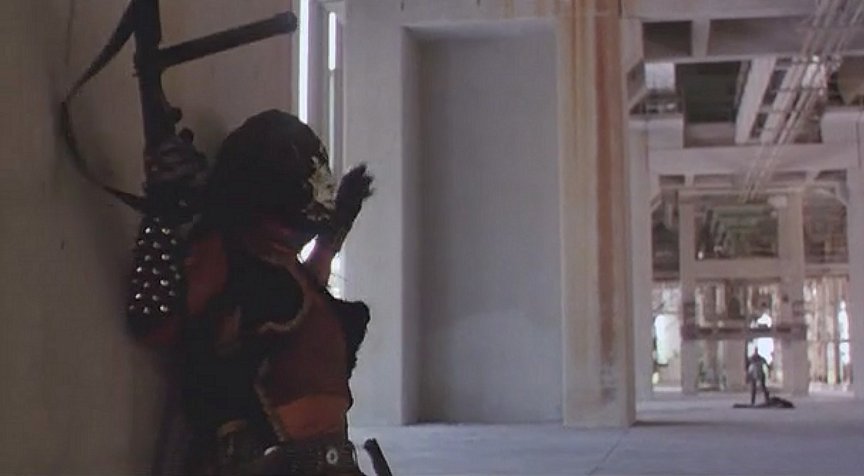 A slightly better look at goon #21's SMG, this one still complete with its original 20-round side magazine. 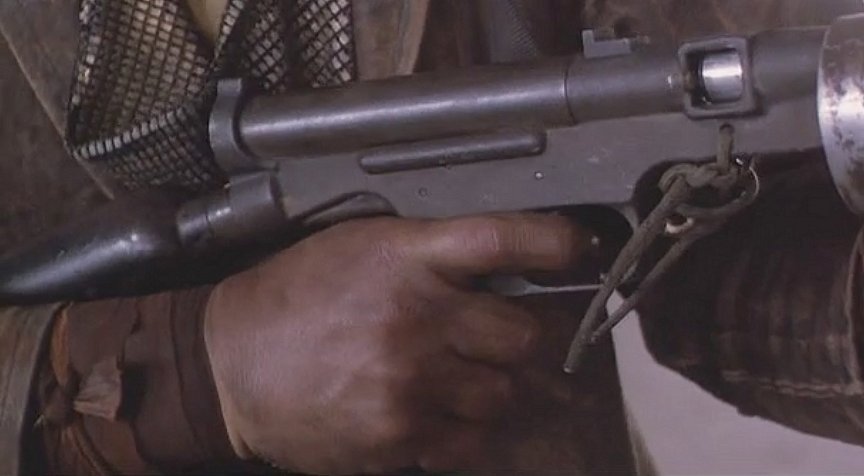 After shooting three other goons, Rickenbackers' SMG clicks dry on a fifth, giving us a good clear look at the SMG. Besides the barrel assembly,
we see an aluminum tube has been fitted into the original breech, presumably to pass the gas burst through to the arrow barrels. Note the lanyard
for the shoulder strap has been tied through the mounting hole for the original magazine. 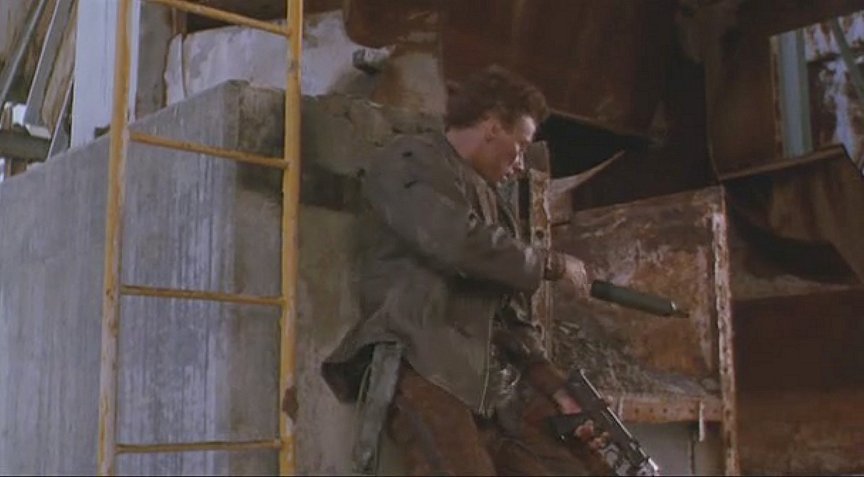 A few moments later, Rickenbacker pauses to remove and toss the empty 7-ounce CO2 tank, replacing it with another that he carried
tucked into his belt, under his coat. Note the early Tippmann slip-on buttpad on the tank.