In the movie John Dies at the End (Chase Williamson, 2012) the title character uses a paintball gun as a flame thrower. 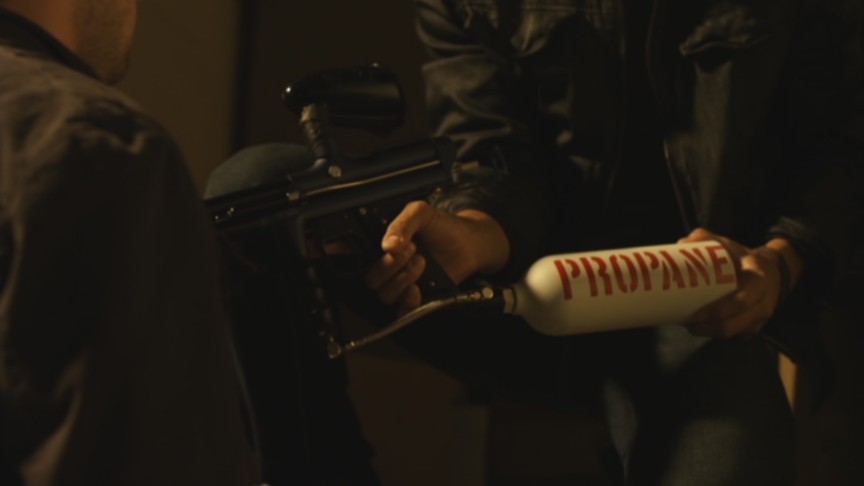 As John (Rob Mays) and Dave (Chase Williamson) prepare to enter the abandoned shopping mall, they gather weapons,
including a WGP Trilogy converted, somehow, into a flamethrower. The tank is a standard 20-ounce CO2, with the word
"PROPANE" painted on it. Why a flamethrower would also need a 50-round GXG Pocket hopper remains unclear.

Note the marker has no bolt or pin. 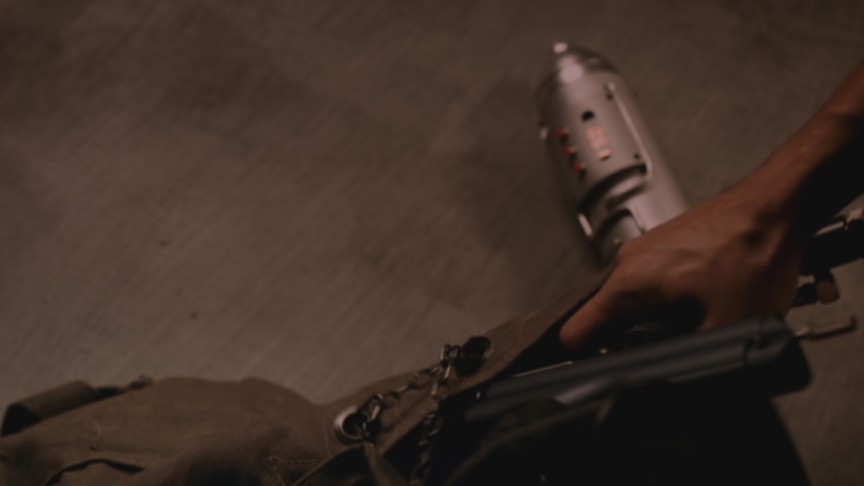 Later, as the pair battle Largeman and other minions in the pit of Korrok, John draws out the Trilogy. (Still without a bolt or pin.) 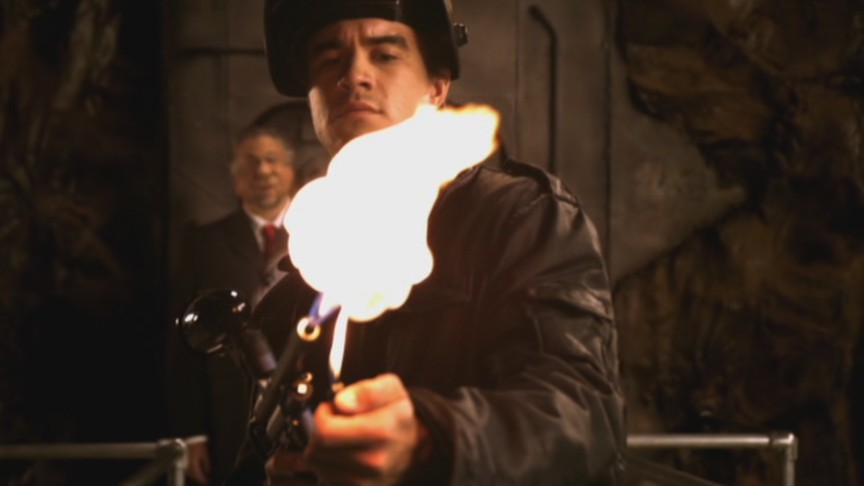 He takes the time to put on a skull-shaped welding mask before lighting the Trilogy with a Bic. 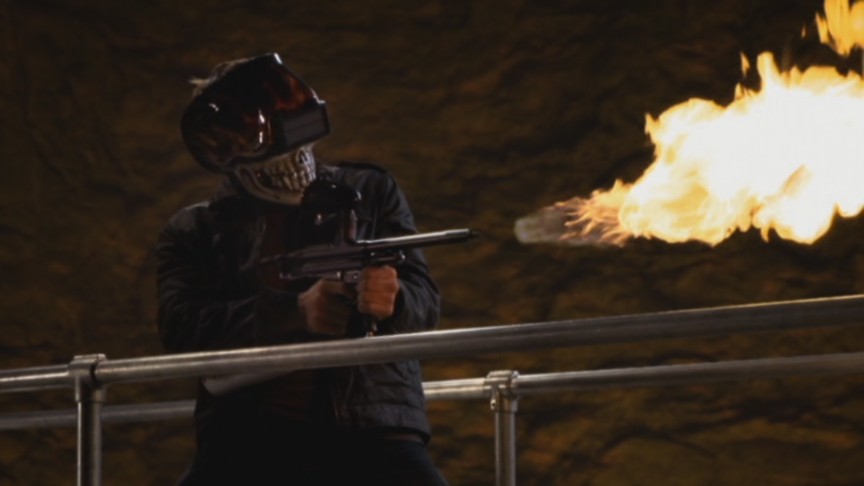 He then proceeds to burn the minion attacking David. 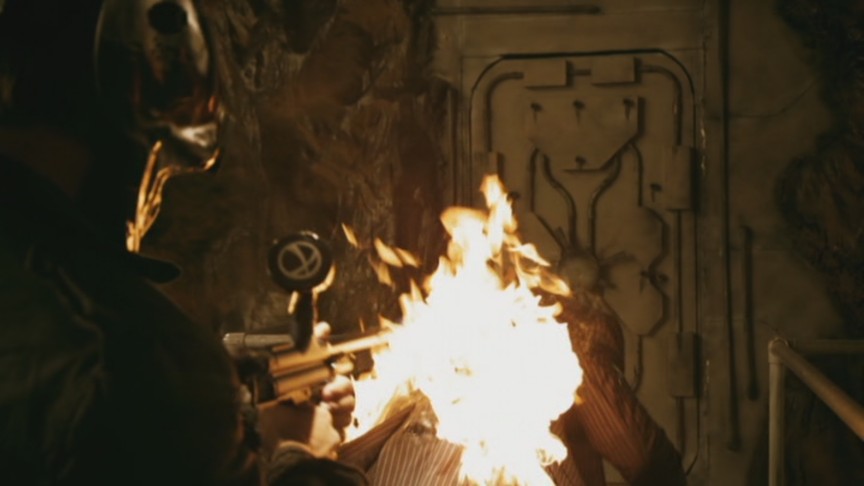 Aflame, the minion falls over the railing into the monster's pit. Note the GXG logo on the hopper.