The movie Split Second (Rutger Hauer, 1992) prominently features one paintball gun, and parts of others. 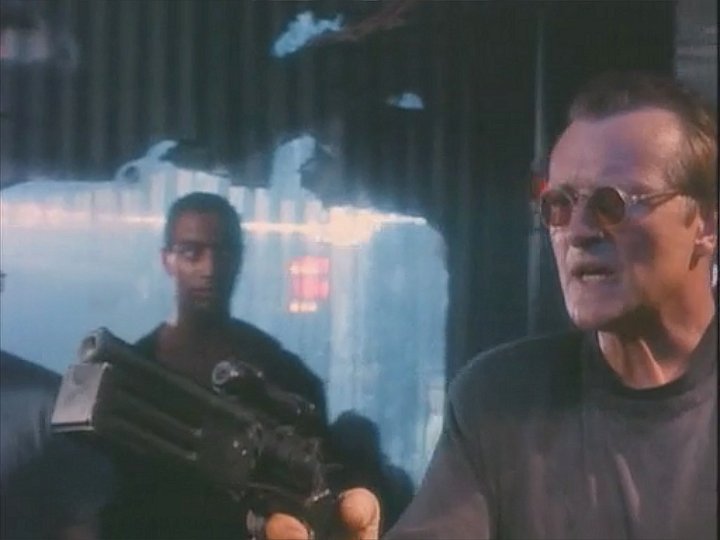 Throughout the movie, Detective Harley Stone (Rutger Hauer) carries this made-over Crosman 3357 SpotMarker,
designed to look like a futuristic firearm. The SpotMarker was based off the Crosman 357 .177-cal pellet gun. 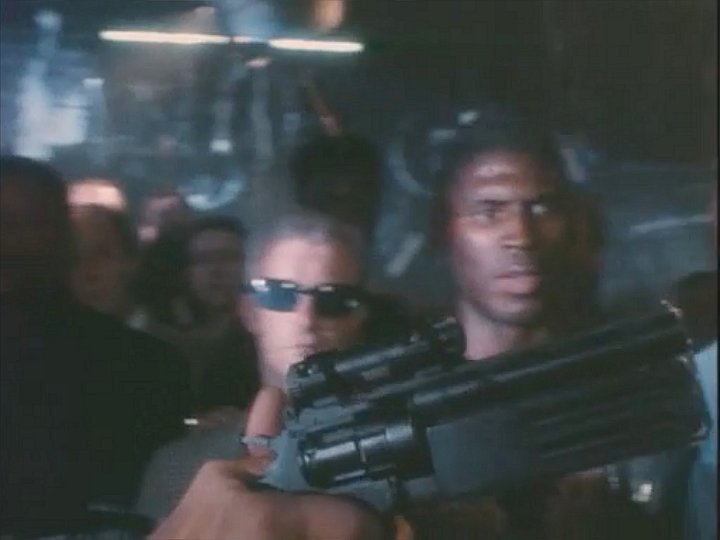 The stock .50 caliber paintball revolver has simply been given a laser sight on top, and a large box-shaped shroud
mounted under the barrel. 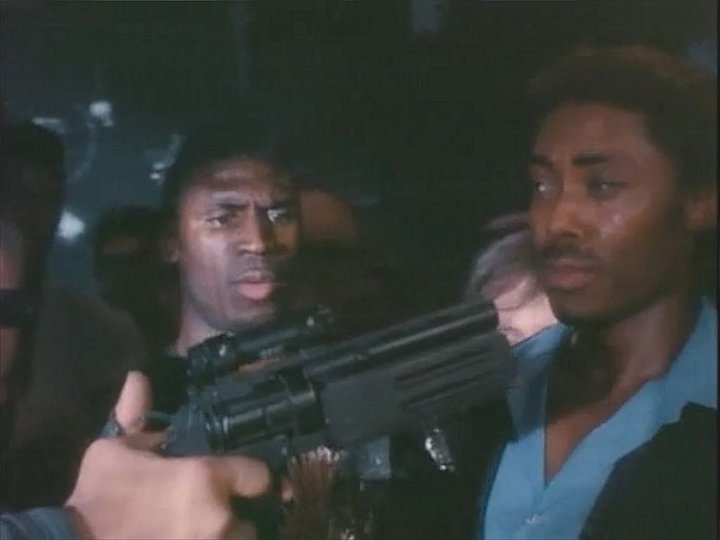 The stepped .50-cal cylinder can be clearly seen here, as Harley threatens a bar patron. 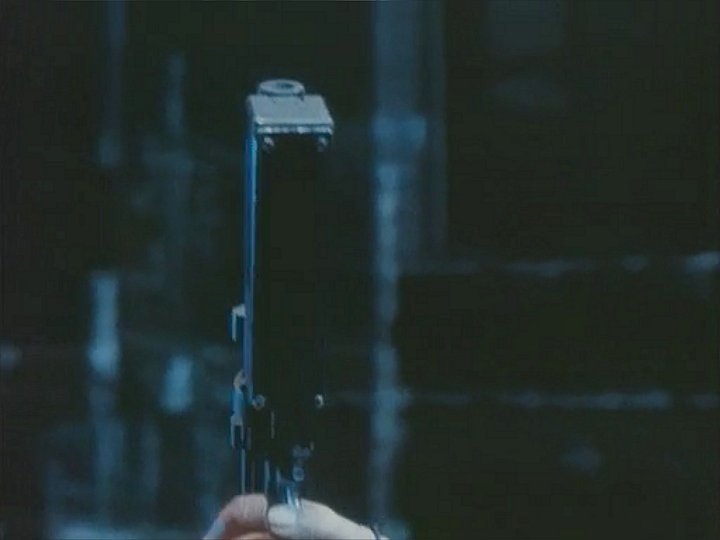 In this shot, you can see the box shroud has a bottom plate held on by four screws. I suspect there's a battery pack in there. 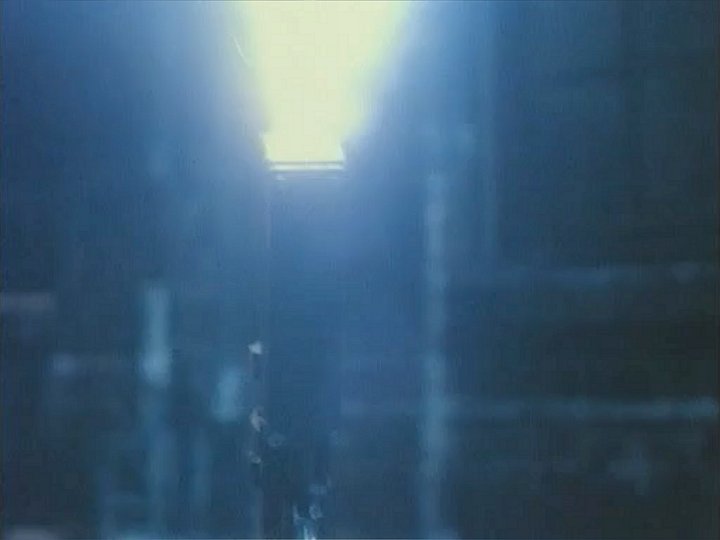 And the reason I say that is, when fired, the gun produces a huge flash/blast, so clearly there's some pyrotechnics packed in there. 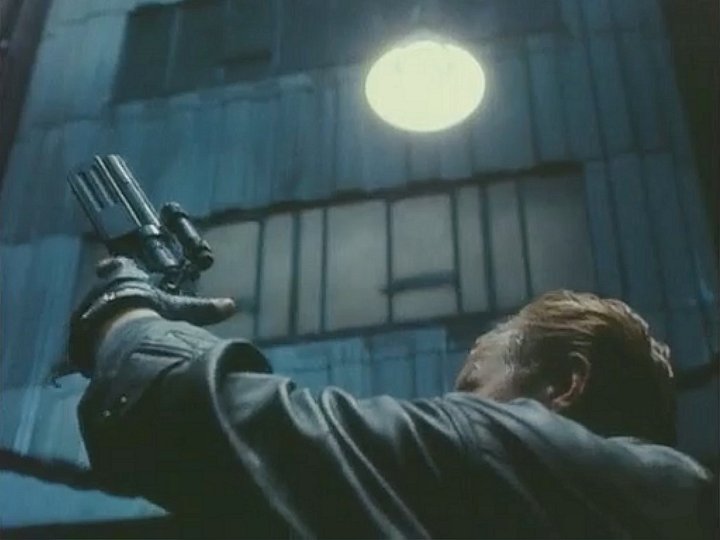 Same scene, different angle. In the video, you can actually see the hammer start to move, but the gun "fires" before
it can fully cycle. 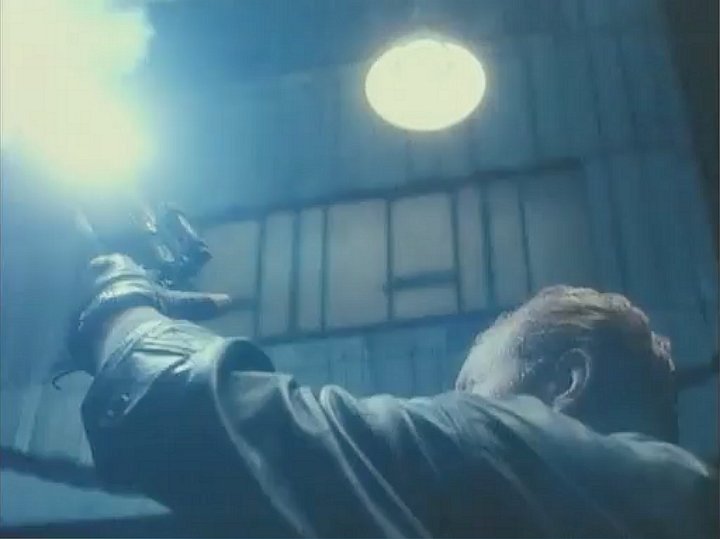 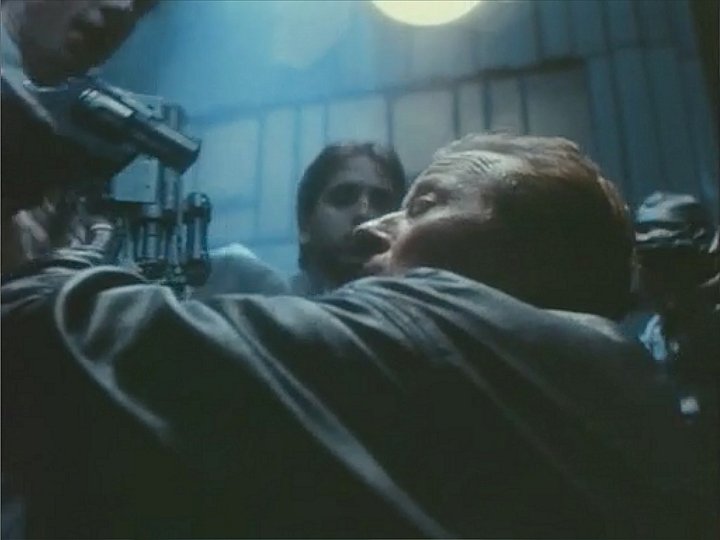 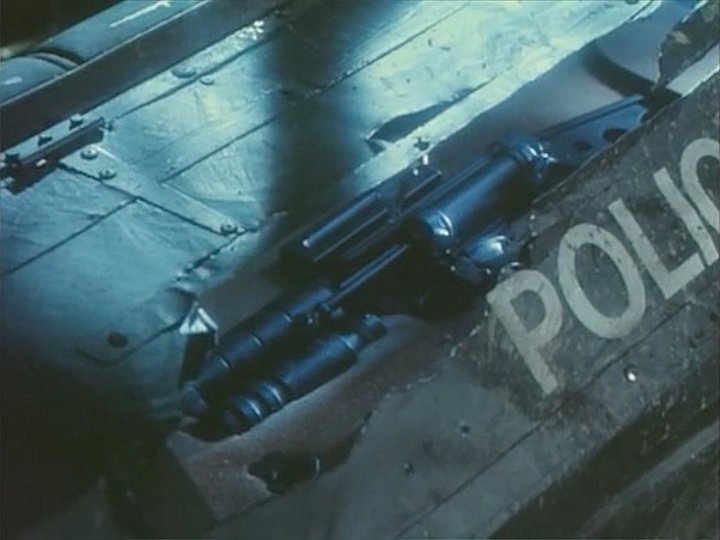 Later, we see the creature slash open the "trunk" of Harley's police truck, revealing this odd-looking weapon inside.
I believe it's based off of an early Brass Eagle Barracuda, with the butt stock off of an NSG Rapide Comp rifle. 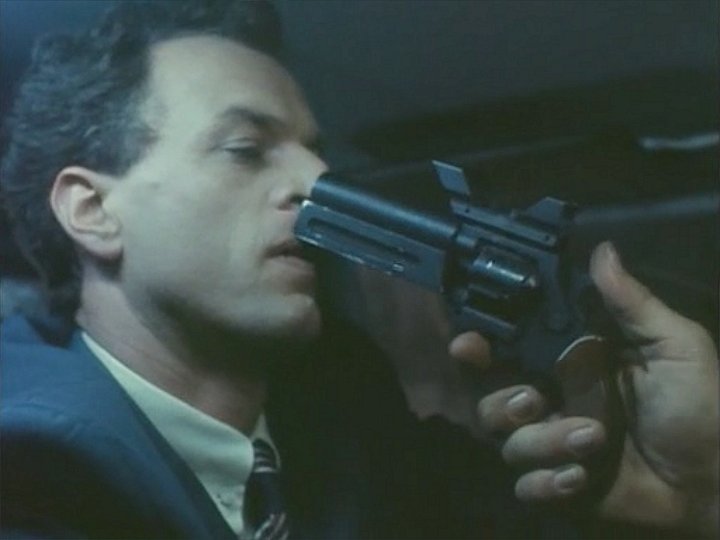 While that's a real gun (a Rohm RG-38) I've included it because the extra futuristic acoutrements includes a Brass Eagle
"Point Zero" sight, commonly found on Cobras, King Cobras and the aforementioned Barracuda. 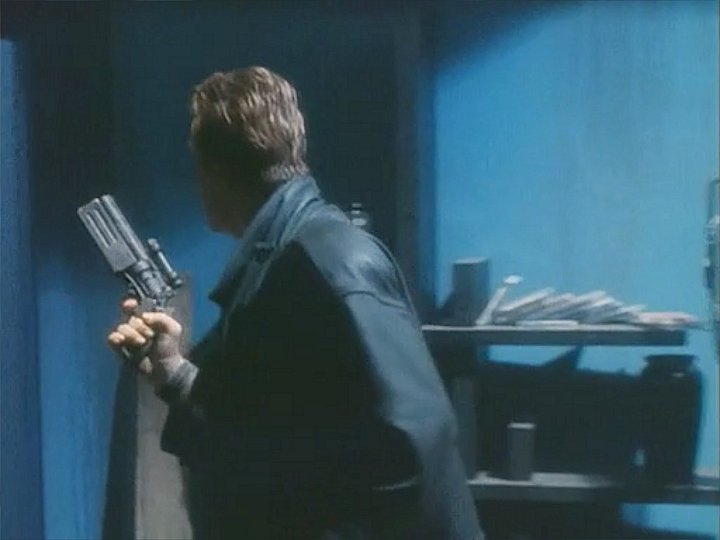 Another view of the 3357. Note the wire going from the underbarrel shroud to the grip frame. 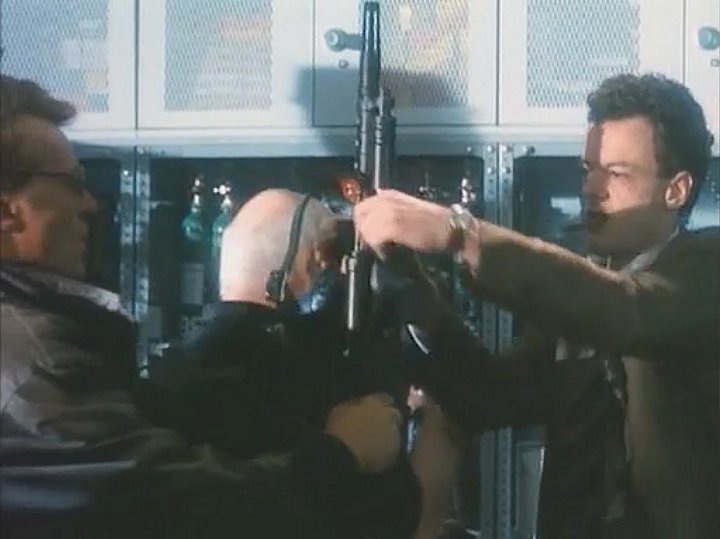 Harley and Detective Durkin (Alastair Duncan) load up at the police armory, including this... gun thing... that includes the
grooved, dimpled and tapered foregrip, and the long tapered "flash suppressor", off the Brass Eagle Barracuda. 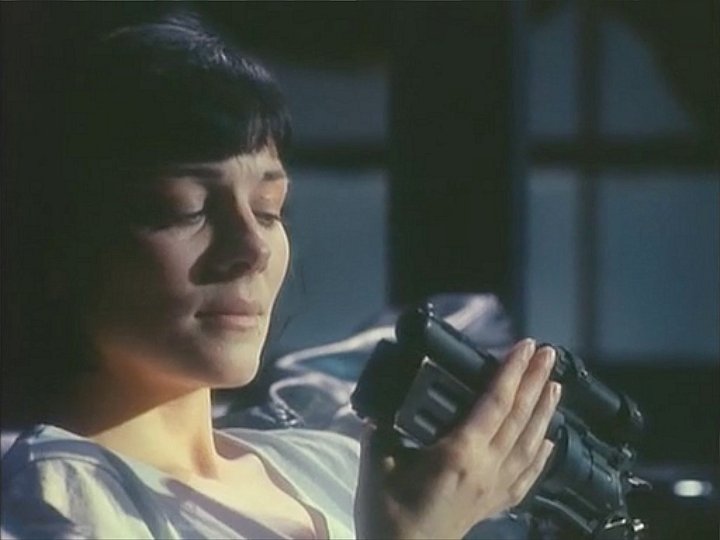 Harley leaves Michelle (Kim Cattrall) the 3357 to protect herself against the creature. 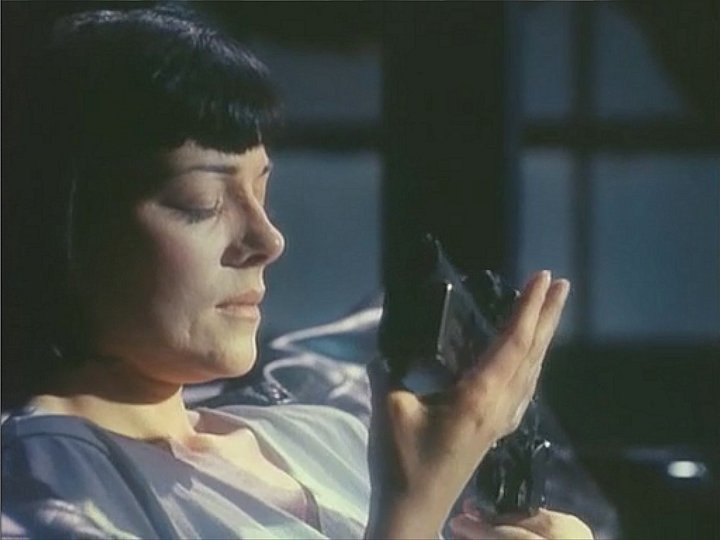 Note here the plate/cover assembly to the side of the trigger. I suspect there's a switch under there, connected by
that wire to a battery pack under the barrel shroud, all of which is used to fire the "muzzle flash" pyrotechnics.