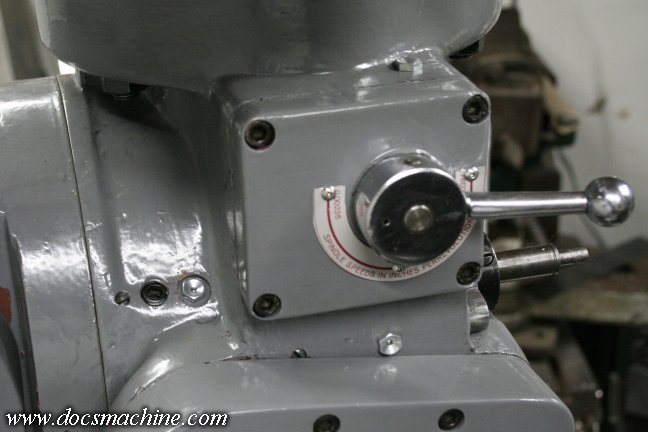 With the wiring pretty much entirely sorted, we're down to just a few detail bits to bring the machine up to
100% again. One of those things was the oil ports- several of the originals had been damaged, and it took
me a while to find some of the proper tapered-seat ports in the correct metric thread.
Once those arrived, however, it was just a few minutes to install them all. 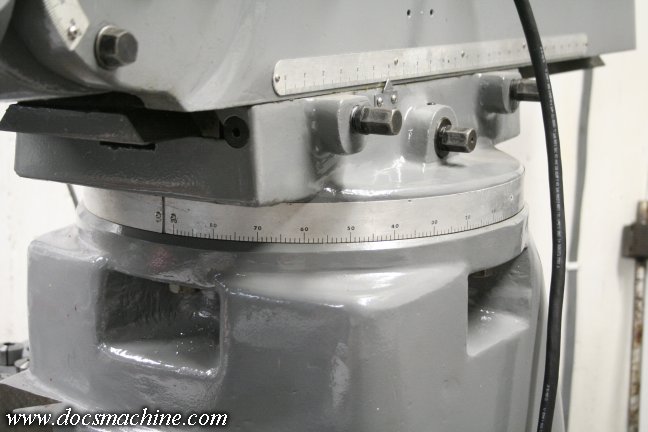 Next up, I finally got around to reinstalling the turret degree band, after gently tapping a few of the bigger
dents out of it. Like the other plates, the old rivets were replaced with 4-40 buttonhead stainless screws. 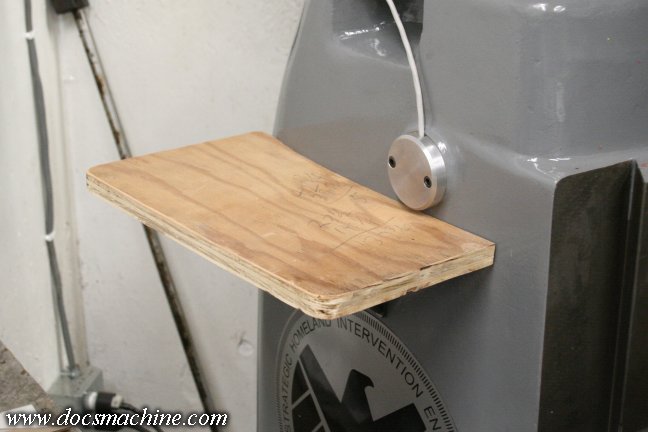 Now, one of the things I've had on the Grizzly mill almost since day one, was a tool shelf bolted to the column.
It's been very handy over the years, so I decided to do something similar for the Exacto. There were two
existing holes already drilled and tapped on the left side of the column, so I whipped up a couple of small
steel 'shelf brackets', bolted them on, and then fitted a chunk of plywood to the shape of the casting. 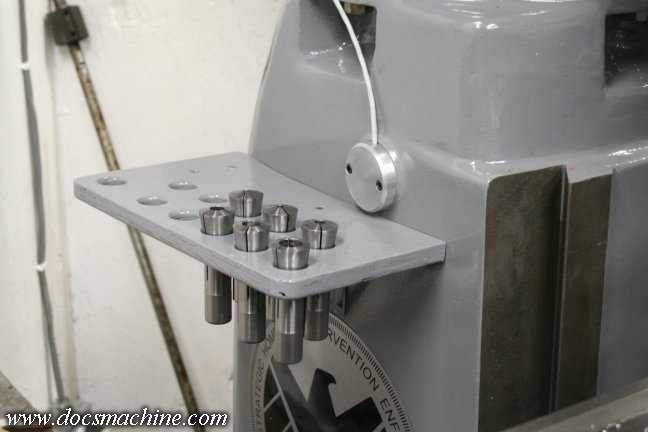 That got 11 holes for the R8 collets, a quick sanding, and two coats of the same industrial grey enamel
used for the rest of the machine. Once dry, a set of stainless screws hold it down to the brackets. 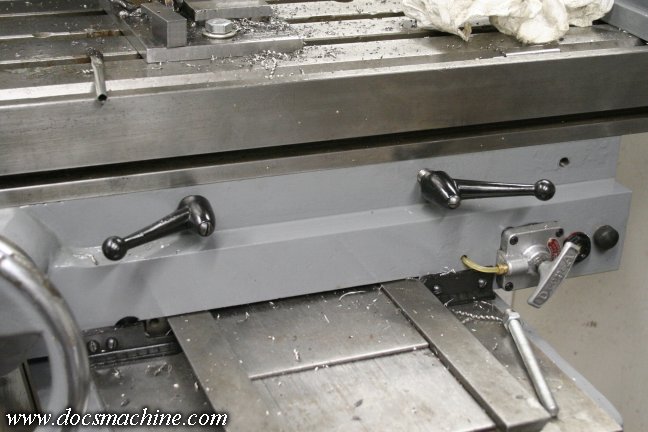 Now, one piece that was (in my opinion) oddly missing, was a table stop. The table has the usual front T-slot
for (among other things) table stops, but had no such part installed. I suspect it was becuase of the infamous
power feed- the manufacturer (probably quite rightly) probably thought that some doofus would set the
stops and try and run the power feed into it. The 3/4-HP power feed with the gearbox stout enough to
serve a large 4-door sedan. So to prevent idiot-caused breakage, they simply didn't install one. 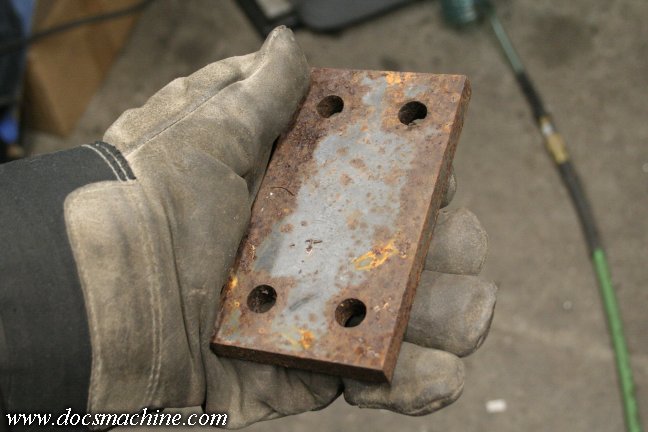 Well, I use table stops a lot in my various short-run productions, so I figured I'd make and install one.
In rooting around in my junk piles, I found this 3" x 5" x 1/2" steel plate, with holes already drilled. 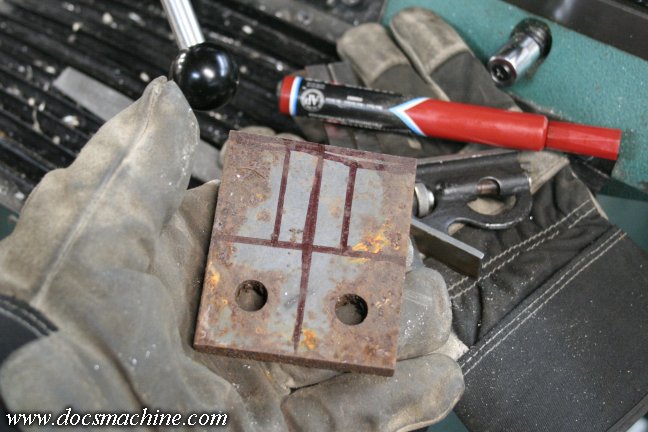 I lopped off 'bout that much with the bandsaw, and marked up a few quick guidelines. 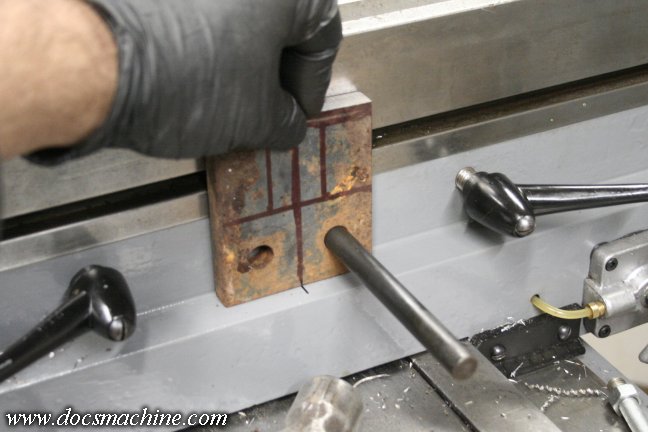 After finding the center between the two table lock handles, I used a transfer punch to mark the bolt holes. 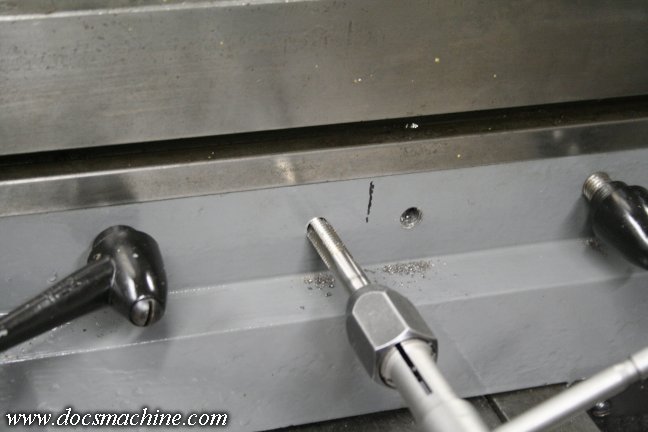 Those then got carefully drilled out and tapped to 3/8"-16. 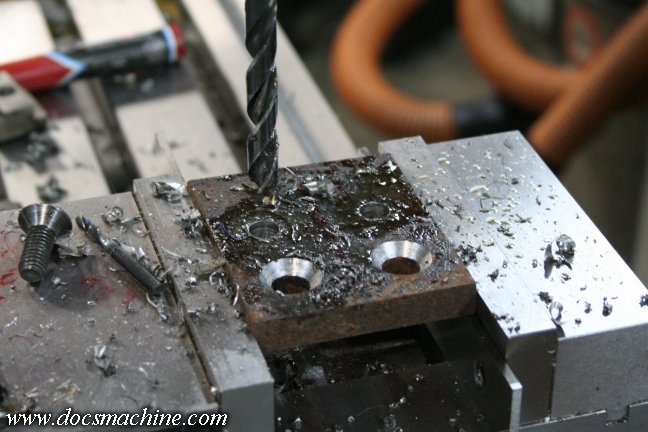 Back to the plate, I located the existing holes and countersunk them to accept a pair of bolts,
then drilled two holes at the base of what was going to become a "T" shape. 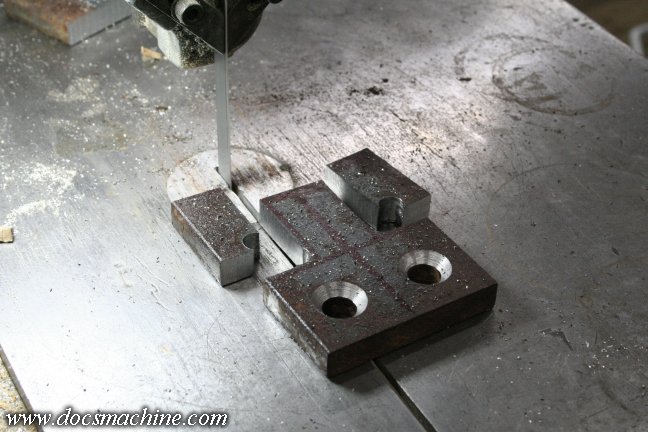 The corners were then popped off with a second quick trip through the bandsaw. 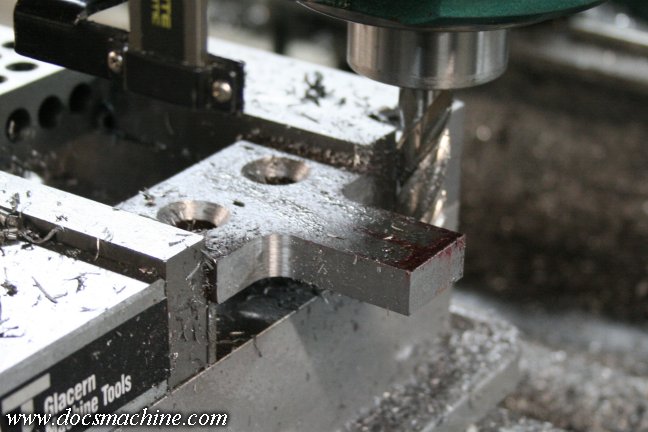 All the edges were then cleaned up in the mill... 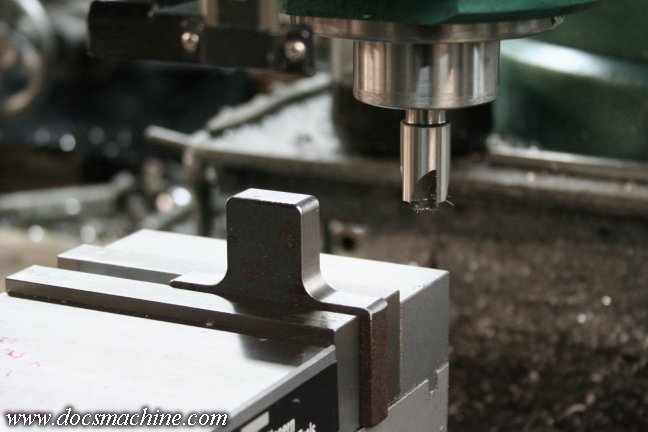 And the corners lightly rounded and deburred. 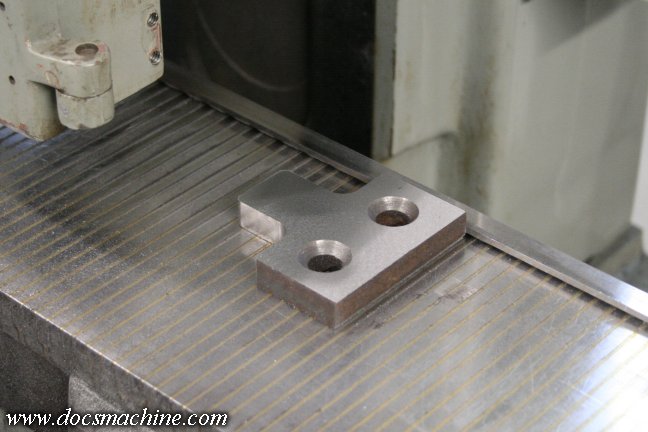 To shine things up a bit, I gave 'er a ride through the surface grinder... 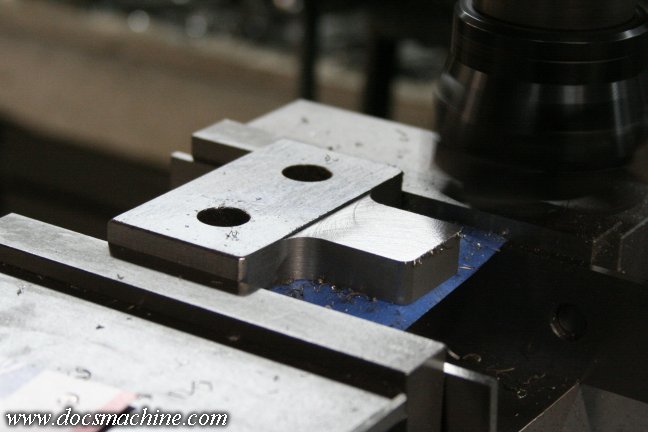 And because the table is just a touch 'proud' of the saddle, I milled a quick 30 thou off the back of the bar. 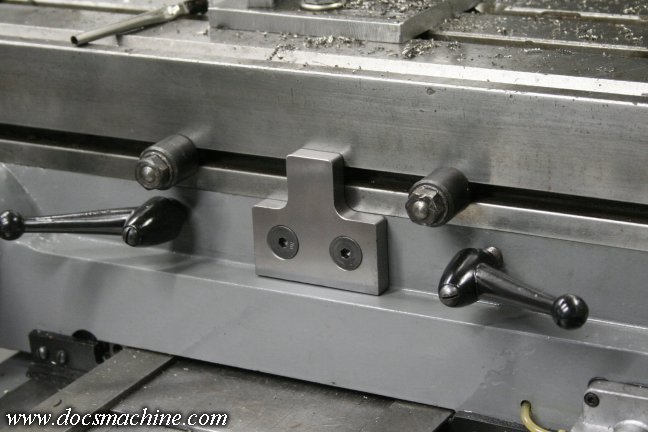 Installed and torqued, it almost looks like a factory piece. This little job was prompted by a small run
for which I needed the stop, and it worked admirably. I may have to make or buy a set of "micrometer"
stops, or even try to adapt the ones off the Nichols mill, but for the time being, it works just fine.

However, that same run brought one other thing that needs fixing, to light...