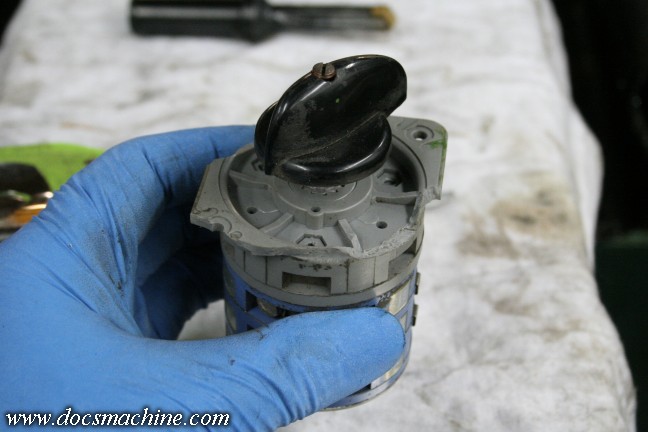 The Arboga is an eight-speed gear-head drill press; the gearbox has four speeds, and the 3-phase motor has two speeds.
This is kind of tricky, since I was going to run it on a VFD, and one is not supposed to have any switching in between the
VFD and the motor. (Disconnecting the motor with the VFD running could blow out a capacitor or three.)

The 2-speed motor simply mechanically switches between two sets of windings. On the stock setup, there's a "power"
switch on the side of the drill head, and a hi/off/low switch on the front. In use, you turn the power on, then turn the
switch at the front to whichever speed you want in order to start the actual motor. When this badboy fell over,
the box/mount for that switch, which was thin cast iron, was shattered and missing pieces.
The switch itself was also broken, though thankfully only at the mounting ears. 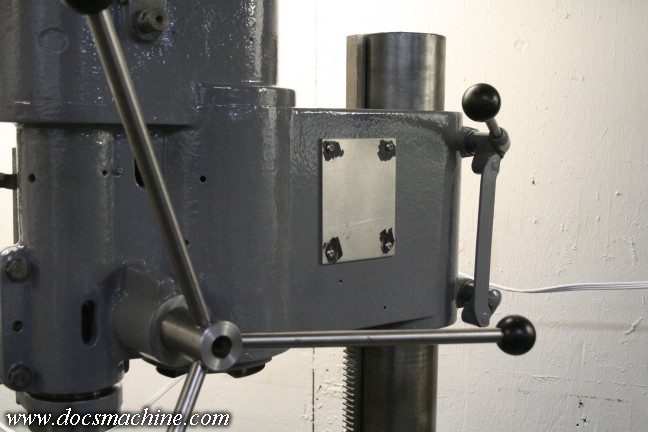 I could have wired it to the VFD and used it for start/stop, but only for one speed. Instead I decided I'd use the
same style of arcade buttons for start and stop, and put this switch back in line as a manual select (IE, not done
electronically through the VFD) for the speed range. So the plan was that I'd make a new aluminum box that
would mount tothe head in the same place as the original start/stop, that would contain the arcade-button start/stop,
as well as a speed pot and a reverse switch.

I'd then mount the old start/stop/direction switch in the side of the head, where the original "main power" buttons were.
Easily accessible, but out of the way where you wouldn't grab for it accidentally. So I started with fabbing a new
cover/mounting plate for the old power switch panel. 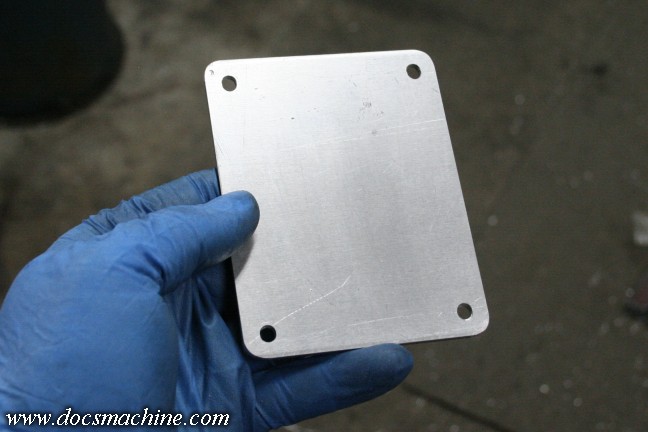 Easy enough to start off, just a few minutes' work. 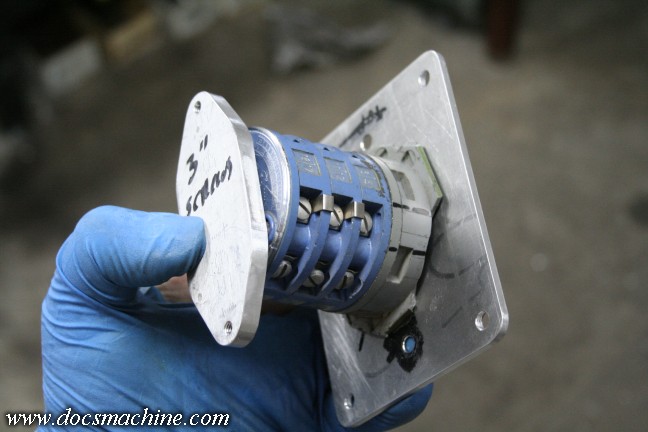 Now, the tricky part was how to hold the switch in place, when all of its mounting ears were broken, if not
missing entirely. To that end, I fabbed a rear (or inboard) plate, with a few recesses to "key" on features
on the back of the switch, and ears for a couple of pinch bolts, spaced widely enough apart
that I could still get cables to the switch connectors. 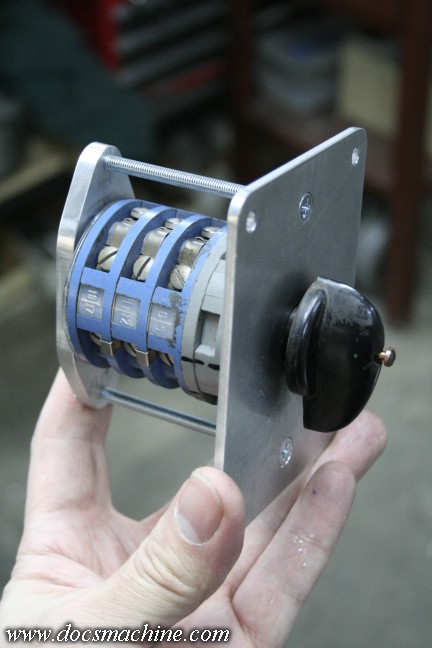 All of which assembles like so, with the "off" position pointing straight up 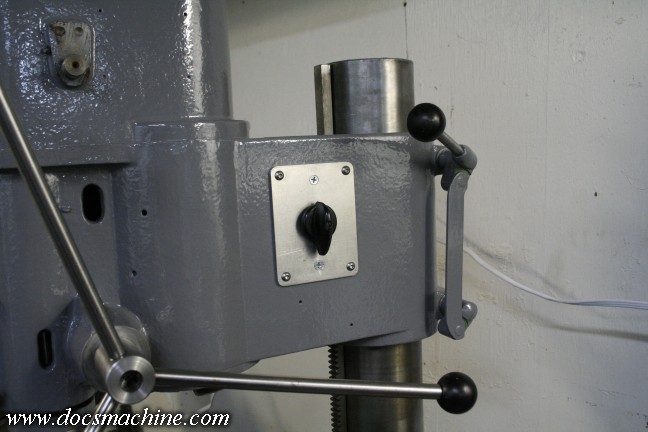 It's quite secure, and "slotted" slightly so the switch can't slip and rotate. The whole mess then
bolts in place of the old power buttons on the side. 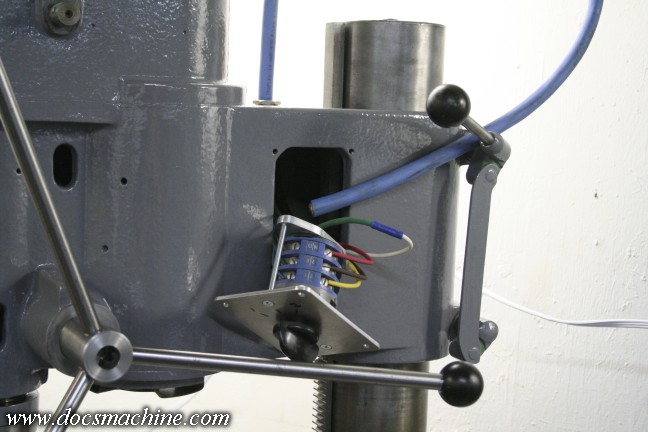 The wires run through the inside, to the stock cable port at the top of the casting. 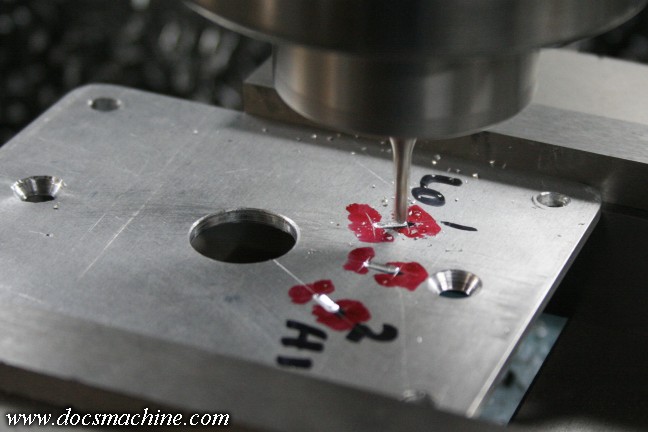 Now, I could have just painted on some markings, but I wanted it to look a little more permanent and professional.
So just going by a few quick scribe marks and the swivel base on a vise, I made three shallow hash marks... 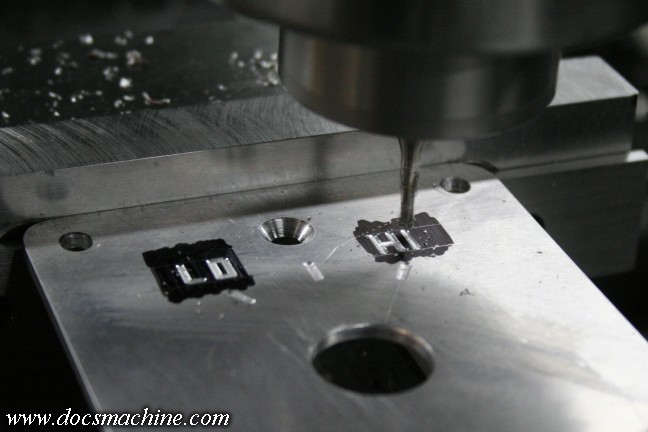 ... And then very carefully milled out a matching "HI" and "LO", purely manually. 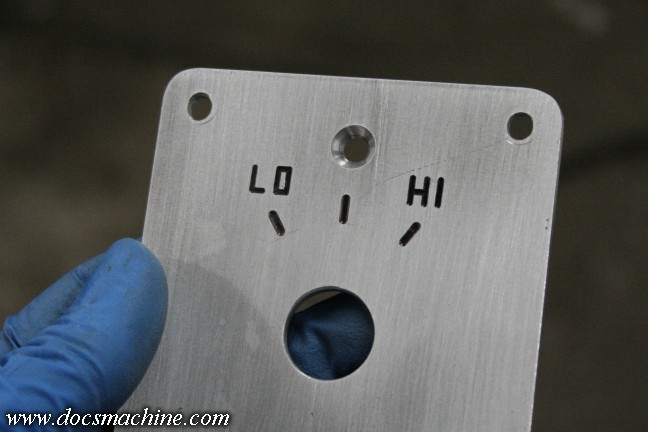 A little Sharpie just to check the layout, and a quick scuff with 320 grit to get it ready for paint. 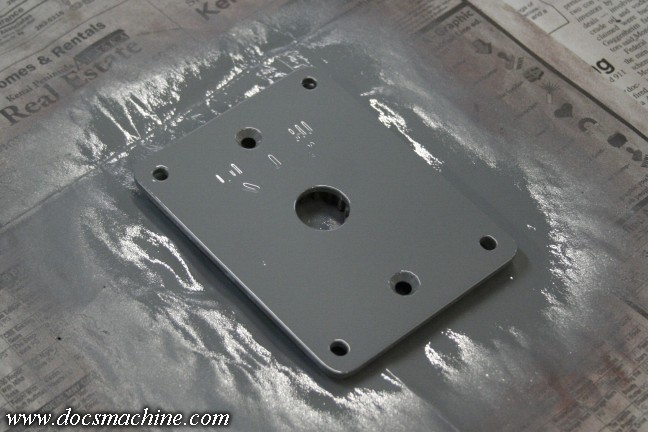 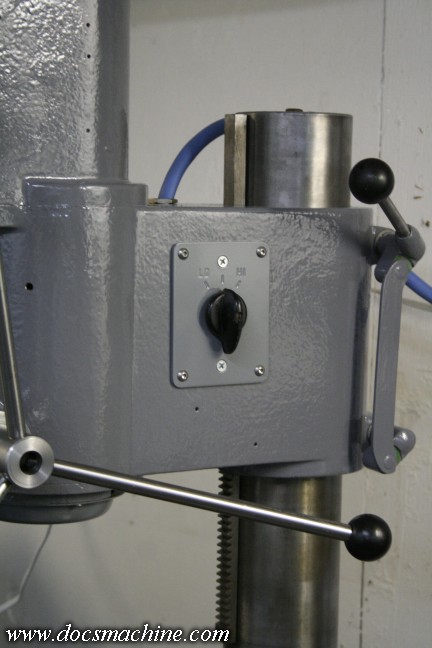 And installed. Looks good and works great. As noted, one shouldn't switch it
while the VFD is powering the motor, but being on the side makes you have
to deliberately reach for it, and being a gear-head drill, you get used to
shutting the thing off between speed changes anyway.