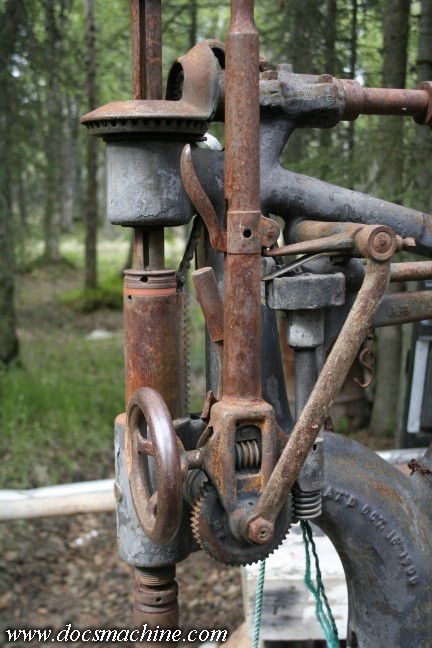 The drill proved to be remarkably complete, with no significant damage, no missing
parts apart from the belt-shifter footpedal and fork, and no previous repairs. 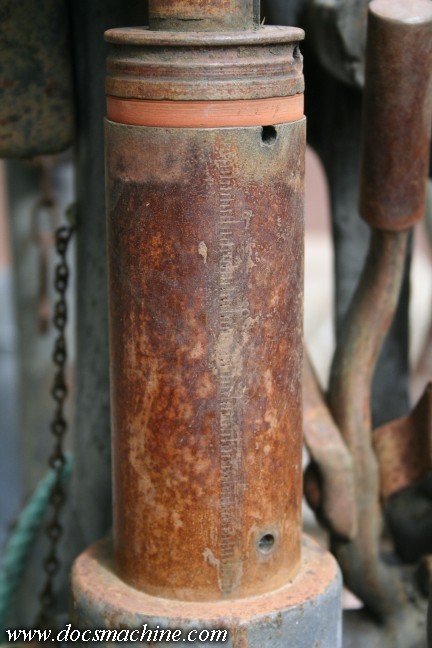 However, thanks to over a decade unprotected in the Alaskan outdoors,
she was badly rusted and virtually nothing moved. 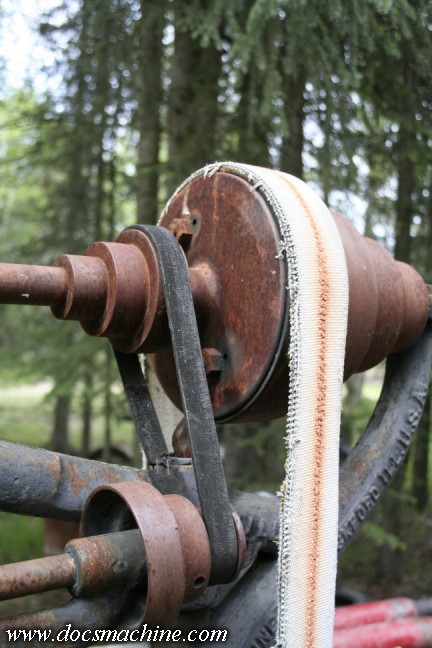 The belts were, as you might expect, in awful shape- the canvas primary belt might have been
able to be used for a while, but the power feed's leather belt all but disintegrated upon removal. 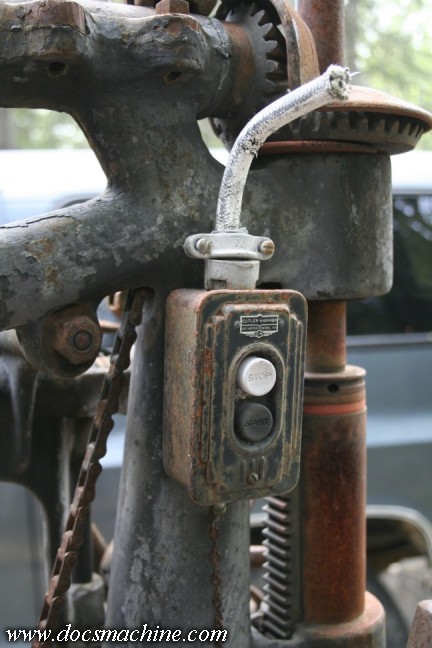 One puzzling bit was this old Cutler-Hammer pushbutton screwed to the side. There were no obvious
signs of the machine having been converted to standalone electric power, and the fish cannery
it had been removed from still ran actual lineshafts up until it closed a few years ago.
I suppose it could have been for a work light, or a motor simply nailed to the floor nearby. 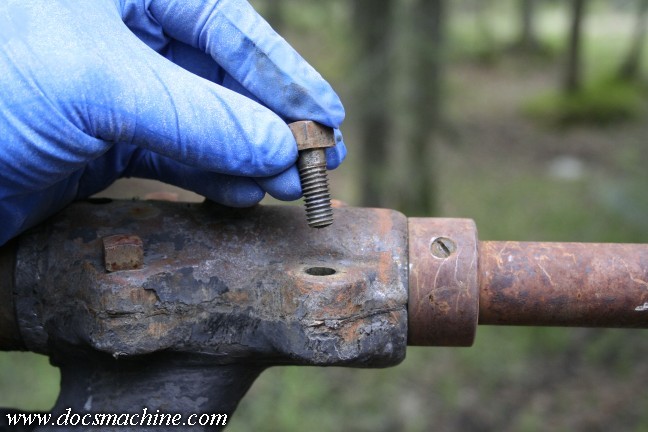 Once I'd gotten a good series of digital photos to map out the original condition, I started disassembling
it from the top, first undoing the upper shaft saddle caps. Since the traces of dried-and-faded "japanning"
still coated the seams of the caps, I believe I was the first person to remove that bolt, since the
day it had been originally installed a full century before. 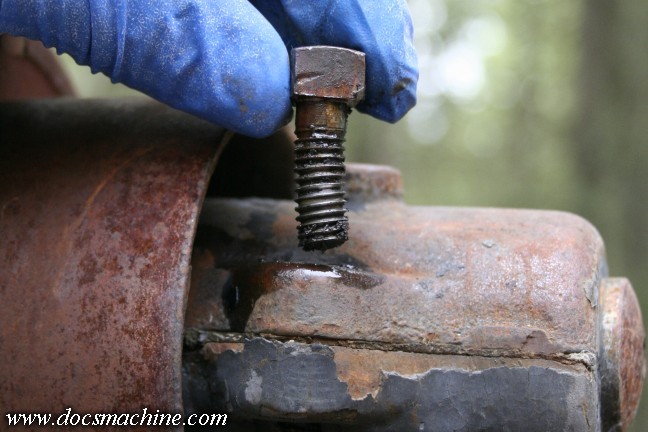 One of the bolts at the rear cap had been tightened on a crooked bit of casting, and had been bent. 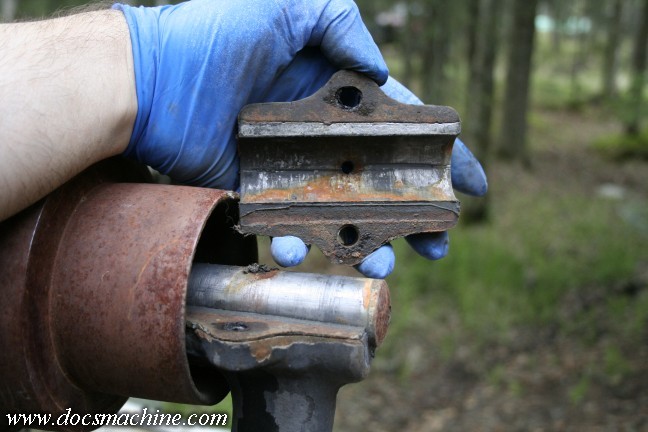 The babbit in the caps looked in good shape, although with a bit of dirt and rust infiltration thanks
to the open oil cup at the top of the saddle cap. The shaft looked good, with little or no scoring. 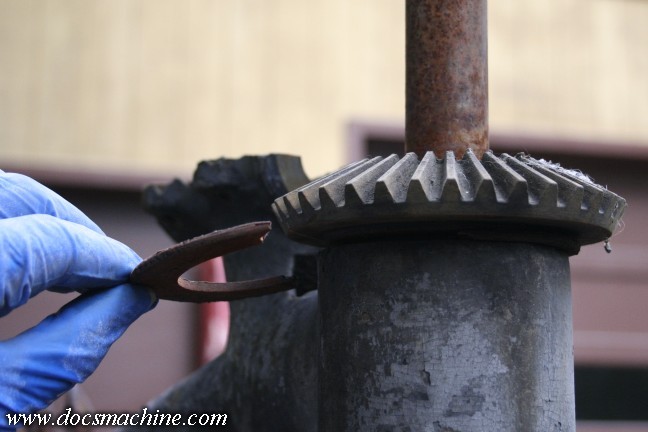 With the upper shaft carefully lifted away, I went after the spindle and quill. Under the crown gear was a...
phenolic? Micarta? thrust washer, that had dried and cracked, and came out in pieces. 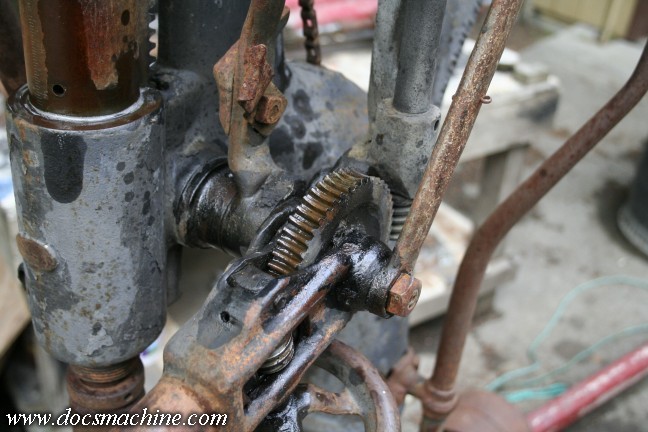 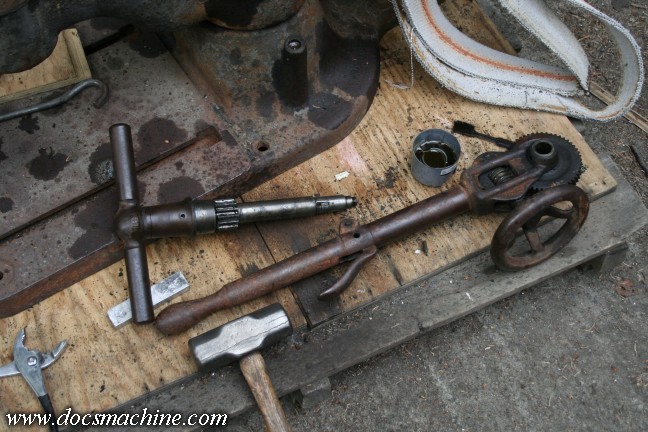 I was then able to start dismantling the mechanism... 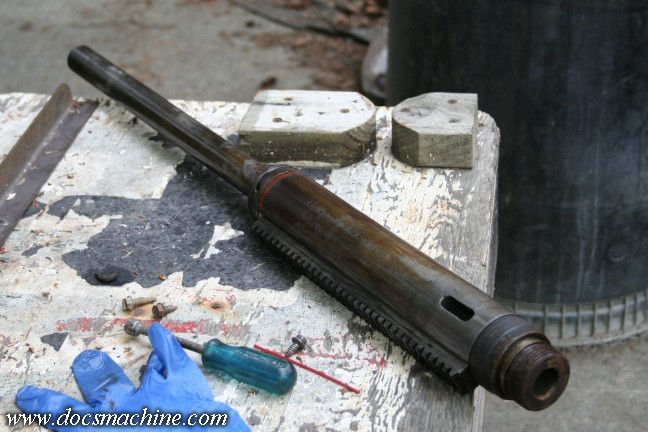 ... And remove the quill and spindle. As you might expect, there's no roller bearings in there.
Just a phenolic/micarta thrust washer at either end, and iron-on-iron inside. 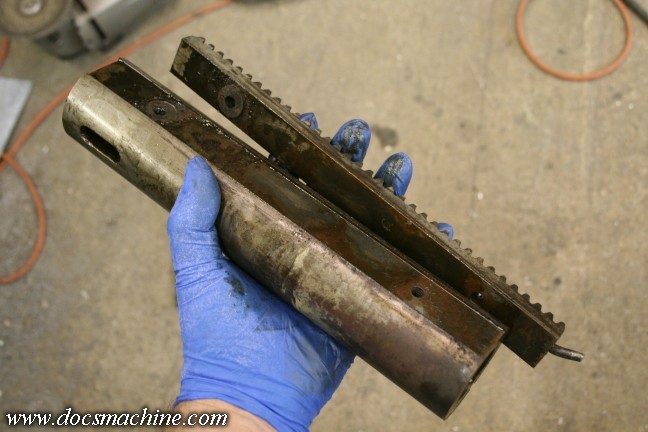 The spindle came apart with little trouble, and the rack came off the quill nicely as well. 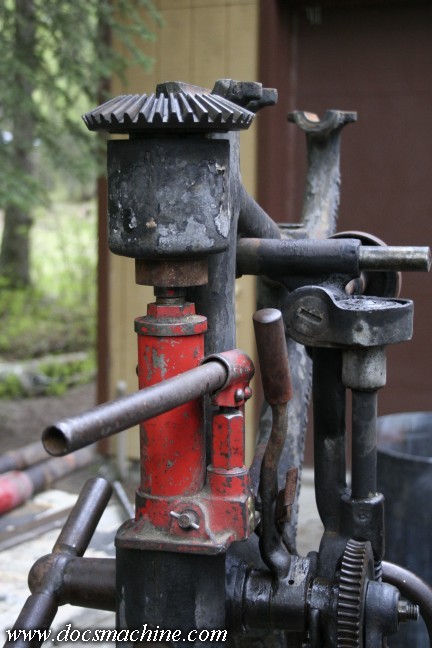 And finally, with gentle persuasion from a conveniently sized bottle jack,
I was able to remove the crown gear. 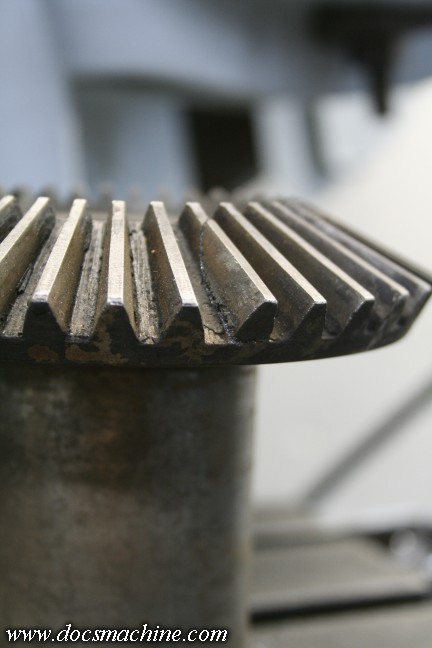 Unfortunately, said crown gear turned out to have two cracked teeth.
This will become an issue later. 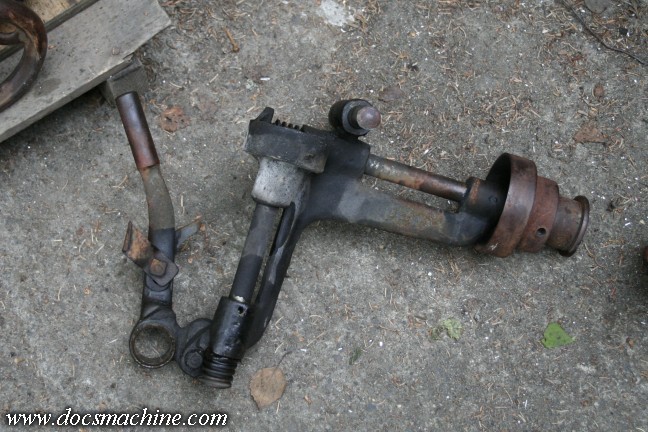 Then the rest of the power feed mechanism came off. 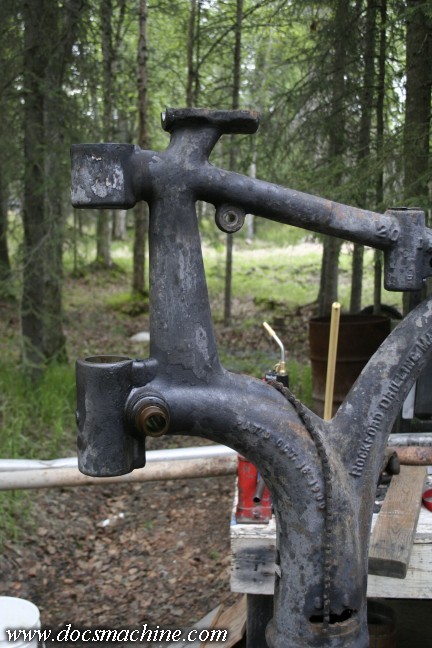 Leaving the main tree casting almost completely bare. The chain shown, for those not familiar
with "camelback" drills, is for a counterweight down in the column, that returns the quill,
like the spring in a modern-day drill. I considered myself lucky, and was able to save
the entire chain it was attached to. 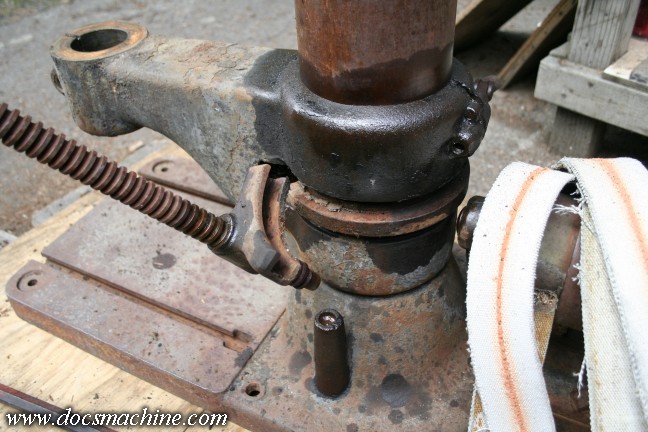 Then I removed the table-lift screw. 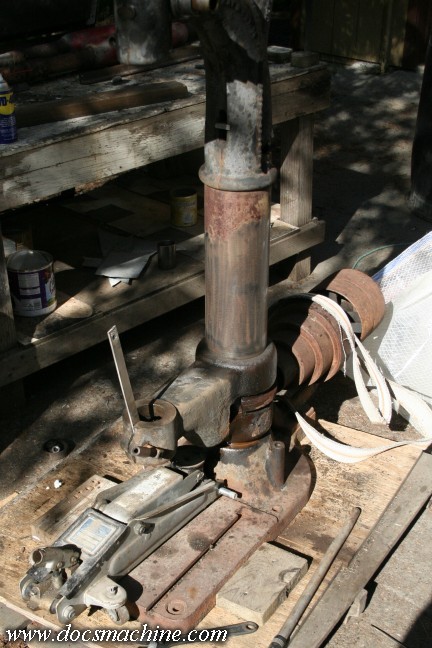 Last but not least, I was able to use- gently- a small floor jack to loosen the table knee,
and move it up to a cleaned area of the column and eventually remove it.
Note I had to take the front wheels off the jack to do so.