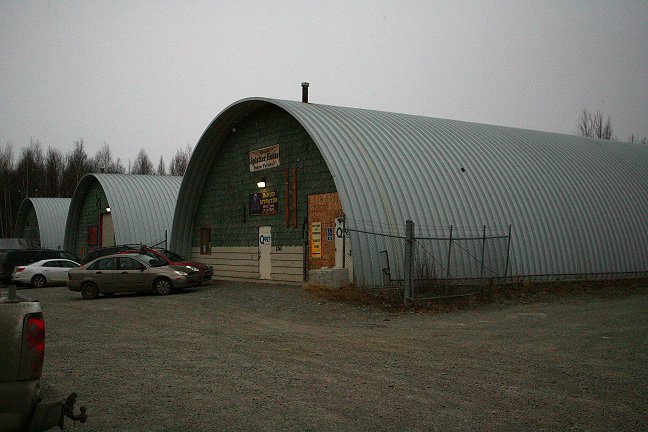 In an attempt to quell our cabin fever, we gathered our forces and trekked some four hours north to the states' one and only indoor paintball field. 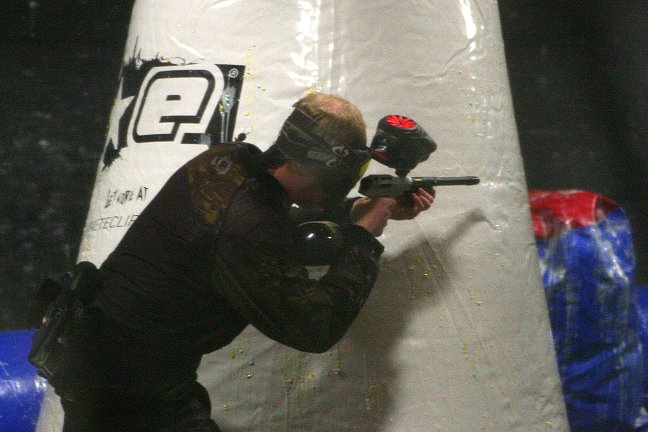 Josh thanks his lucky stars he wore his camoflage today. 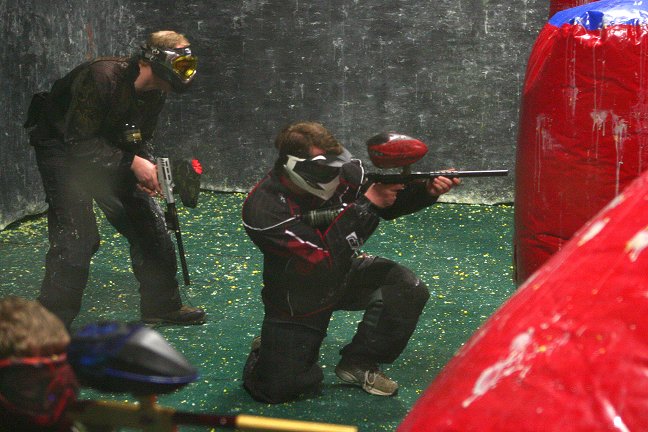 Drew, having drunk way too much cough syrup, takes a bunker hostage. 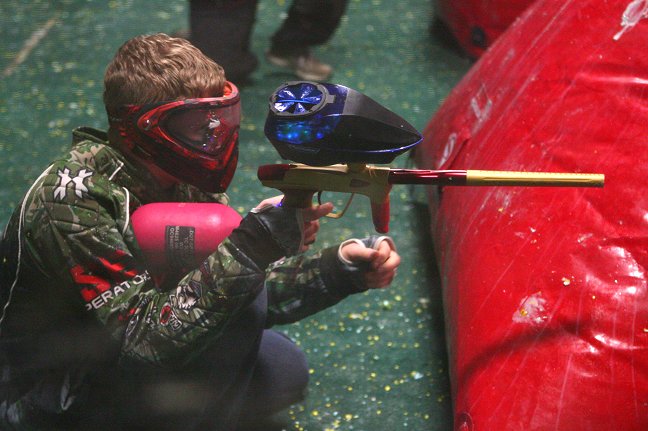 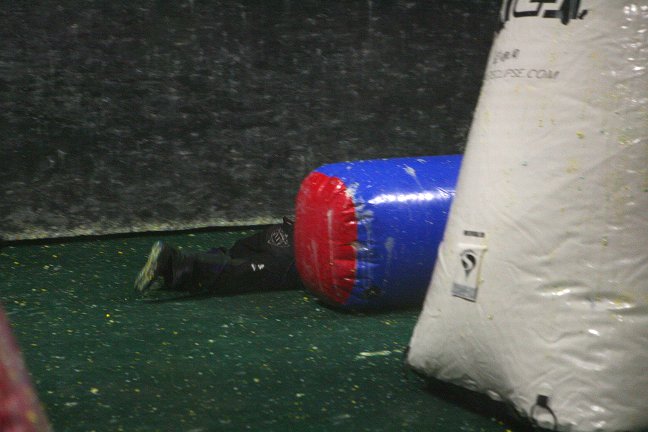 On the other side of the field, Jethro wakes from his nap. 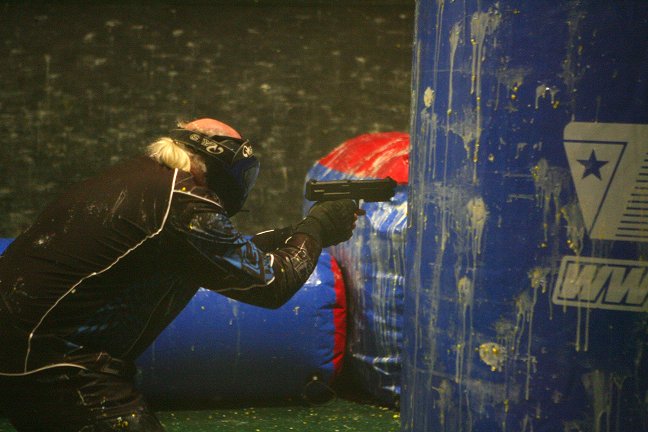 Bob, having mistaken his co2 cartridges for Whippets, attempts to mug a bunker. 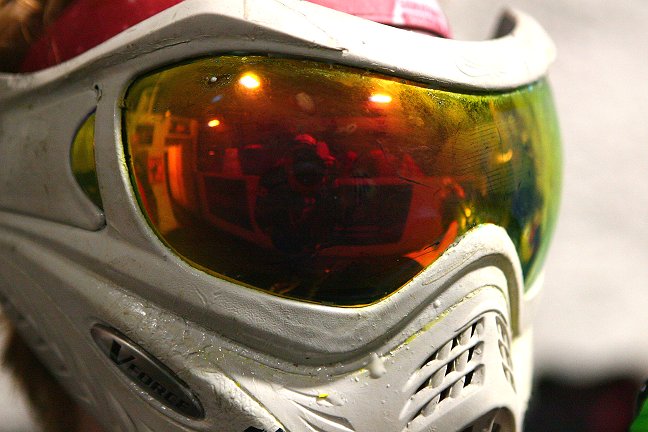 Doc then takes a self-portrait. 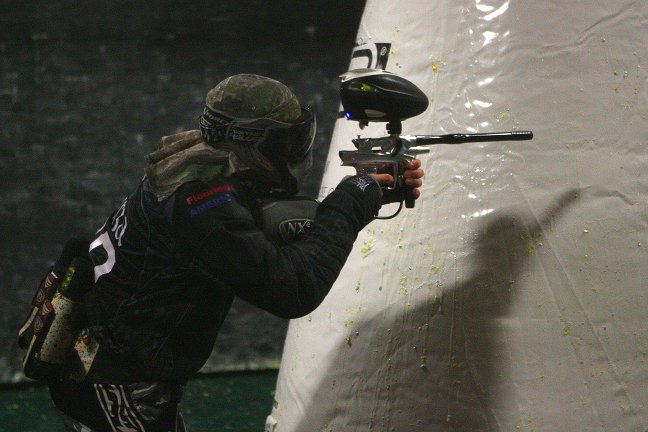 This guy, having forgotten the middle piece to his gun, suggests to his opponent they sit down and have a frank exchange of ideas.
And then shoots him. 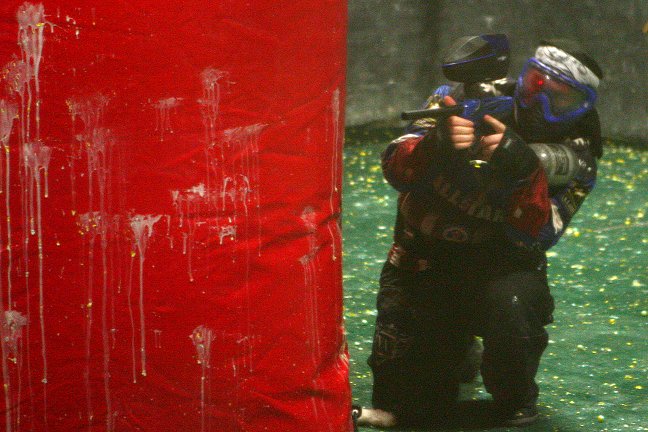 Once the laser dot appeared on his goggles, Rupert had just enough time to think "did I clear my browser history?" before everything went black. 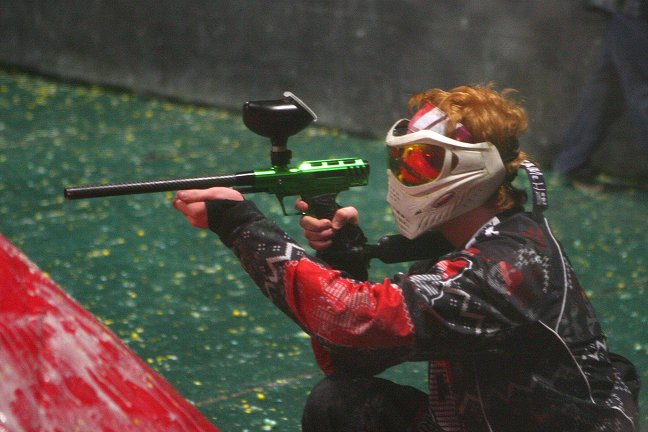 Andrew, backed into a corner, wishes he had a bigger hopper. And maybe a grenade. 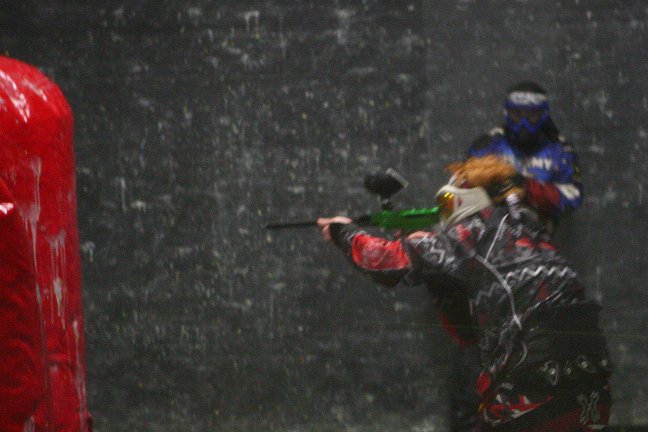 No funny caption, Just included this one 'cause you can see a paintball streak past his belt pack. 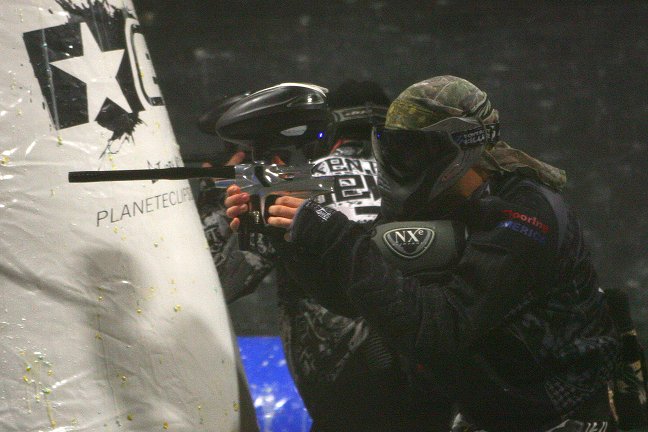 Theodore pauses to think that if he could just get his pinkie finger in there, he could shoot even faster. 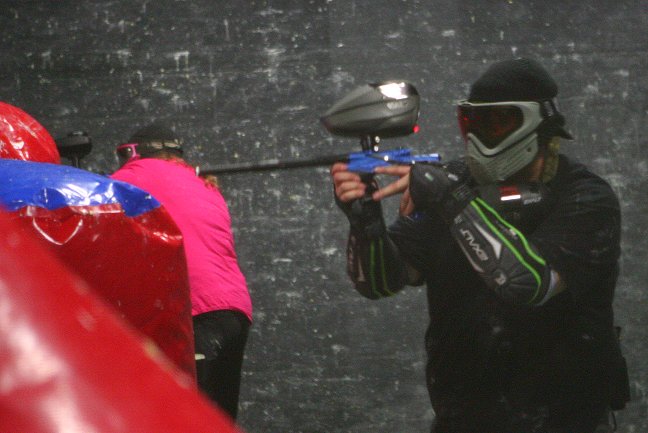 Meanwhile, Leonard tries the no-fingers-at-all technique, which proves to be unsuccessful. 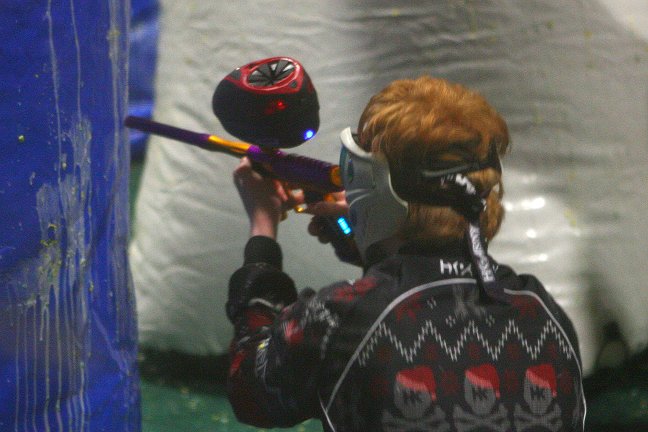 Andrew, having switched guns, gets distracted by the OLED screen playing a rerun of House, MD and gets shot in the clavicle. 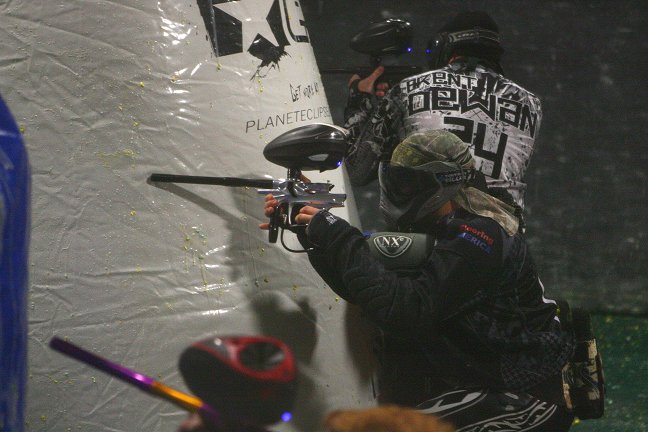 Back at the center bunker, Theodore tells Mr. Nemao that his jersey is on upside-down. 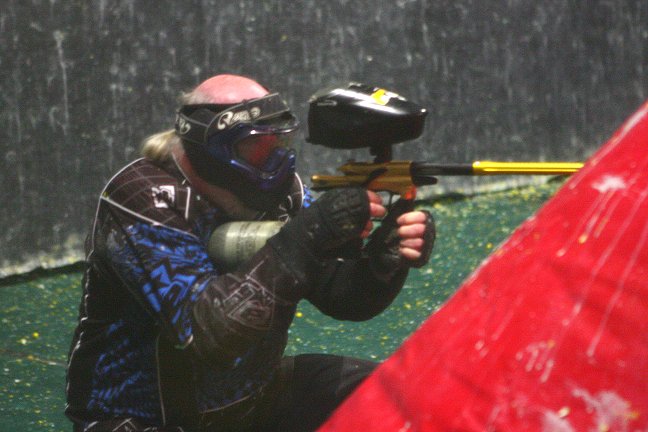 Bob, having upgraded everything but his sense of fashion, waits for another bunker to come by. 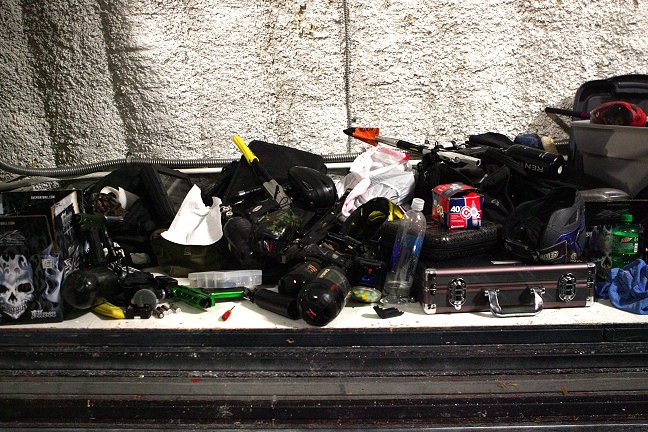