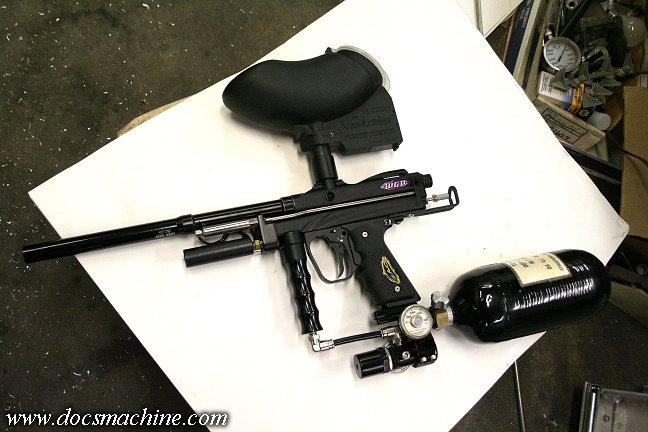 I'd been invited to a local rec game, and found I had basically no working markers, save for
a few high-end electros. With the local group being mostly blowbacks and Tippmanns, I figured
a Freestyle and a Halo might be a bit of overkill. So I dug around in my parts boxes the night before
the game, and threw together this quickie mechanical 'Cocker. A mere two hours before this photo
was taken this gun was scattered through six boxes in three seperate rooms.

I still have this same gun today- ten years later- and the only thing I've changed
was I made a swoopier drop for the Max Flow. It's still in time, still works great. 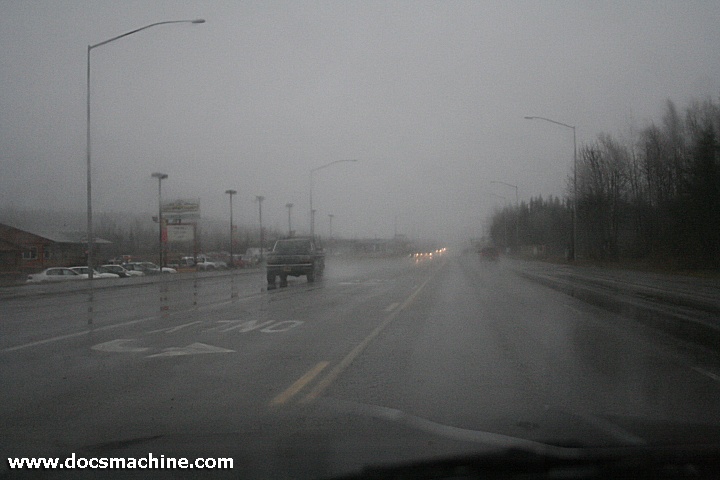 Driving to the field the day of the game. At this point, it's just an icky drizzle, not quite rain. Three miles further up,
though, I saw the first flakes, and by the time I got to the place, it had turned to a real snow. 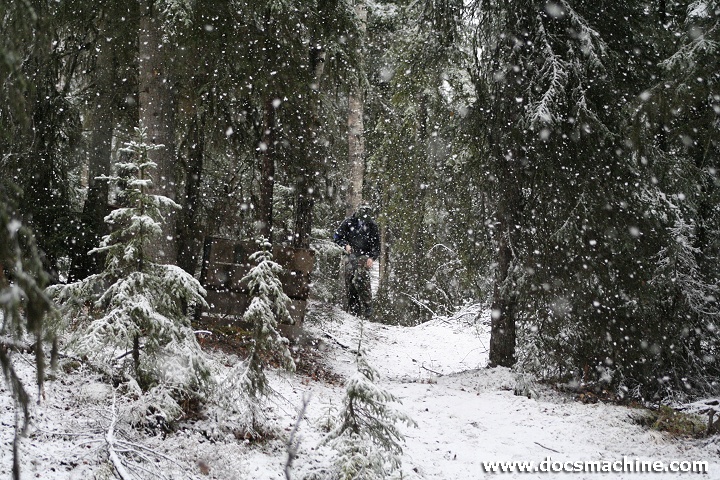 Maybe not the heaviest snow I'd ever seen, but it was damn sure snowing like it meant it. 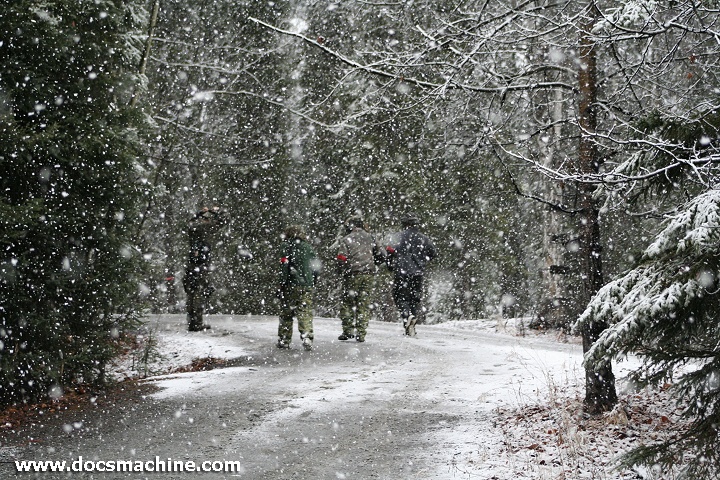 Some guys had basically just thrown a few bunkers around in a strip of land near their driveway. 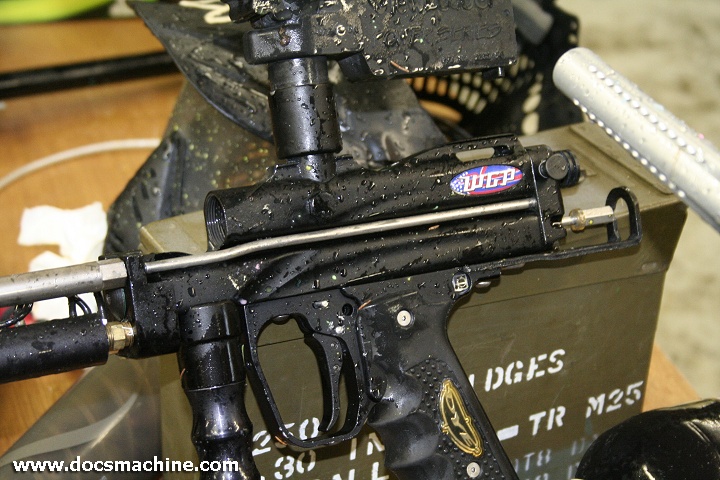 Everything got soaked. I was surprised that I didn't have any fogging problems myself, but when I was taking photos,
after a little while my lens got a "mist" that wouldn't stay wiped off... 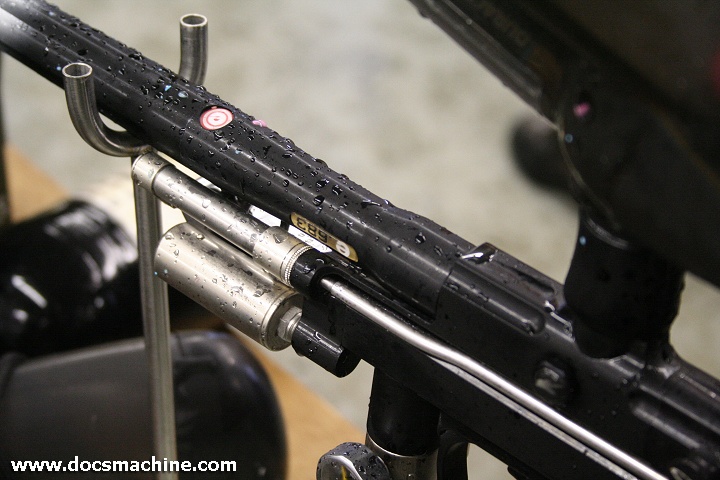 Thank the gods of paintball for nickel plate and stainless steel. Imagine this on an old steel-body Nel-Spot. 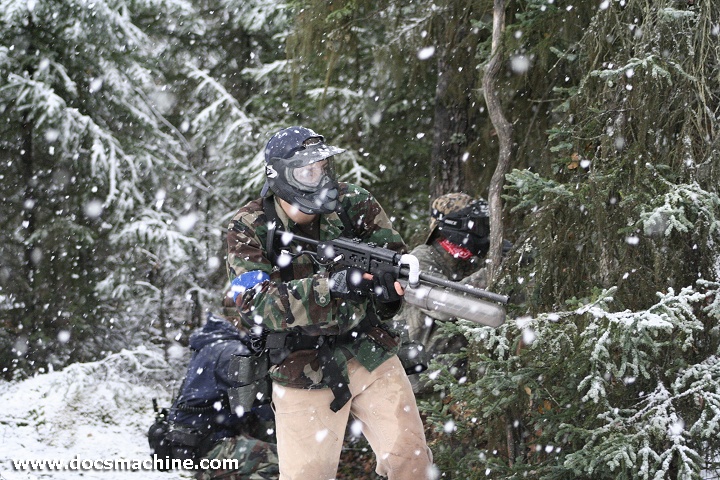 Son of the property owner. That's a Tac-1 with a Spec-Ops Longbow/Q-Bow kit,
in this case set up with a Q-Loader, which altogether worked pretty darn well. 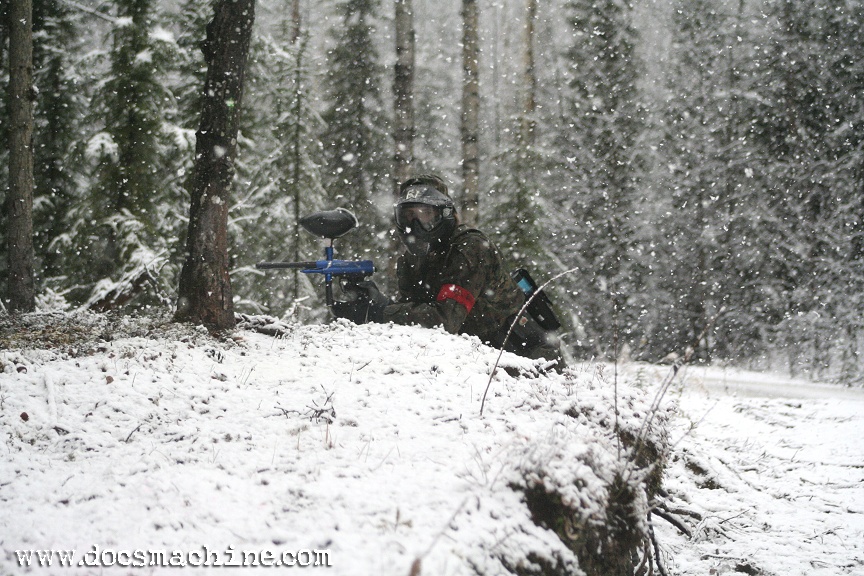 The driveway formed one boundary, a low swampy area formned the opposite side,
leaving a long, somewhat thin strip of woods in between. 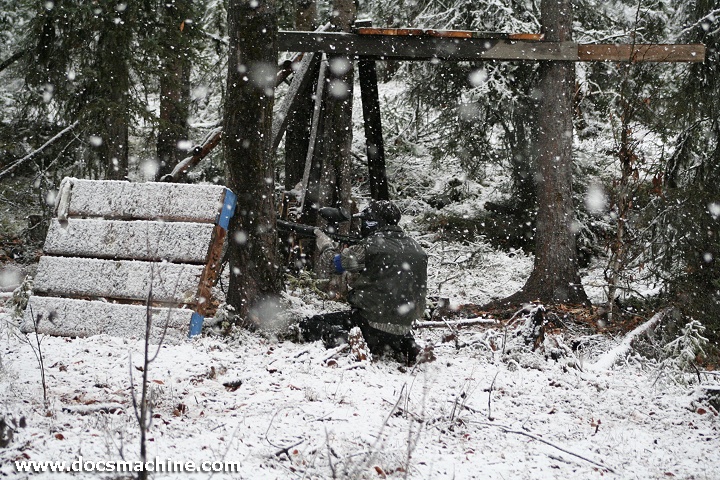 Barricades were mostly old treeforts, some lumber, piles of logs, the usual. Still a fun area. 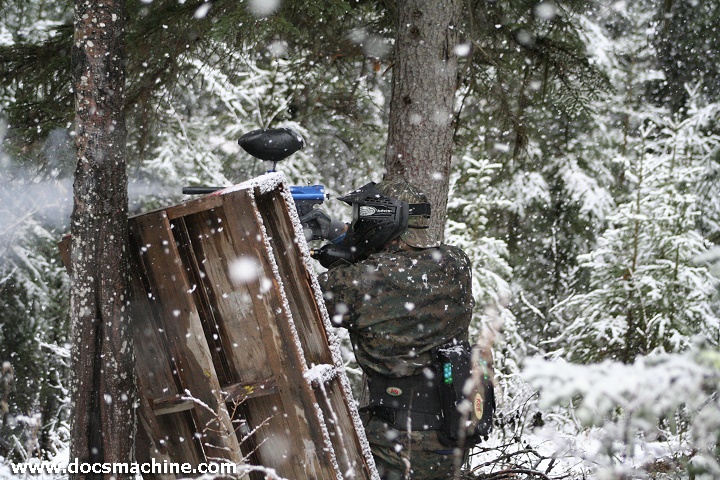 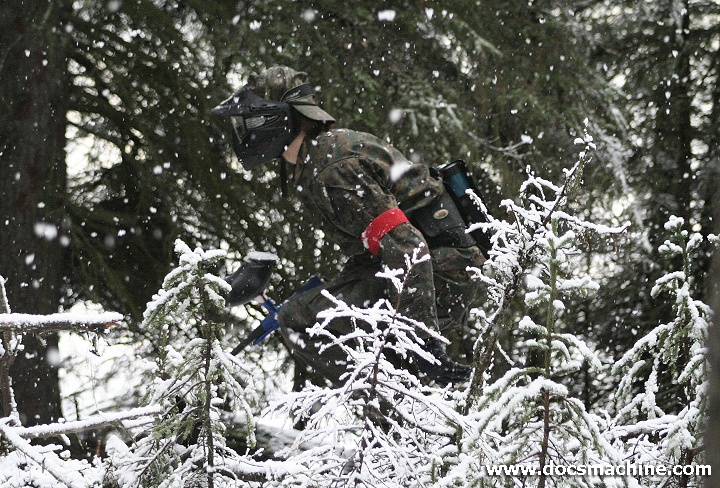 Yes, it was snowing that hard. I took to trying to stand under trees to keep my camera from getting soaked. 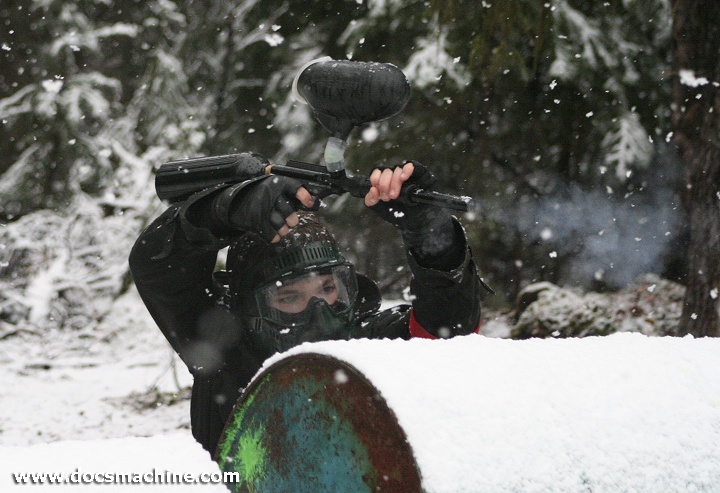 I think we've all tried this once or twice... 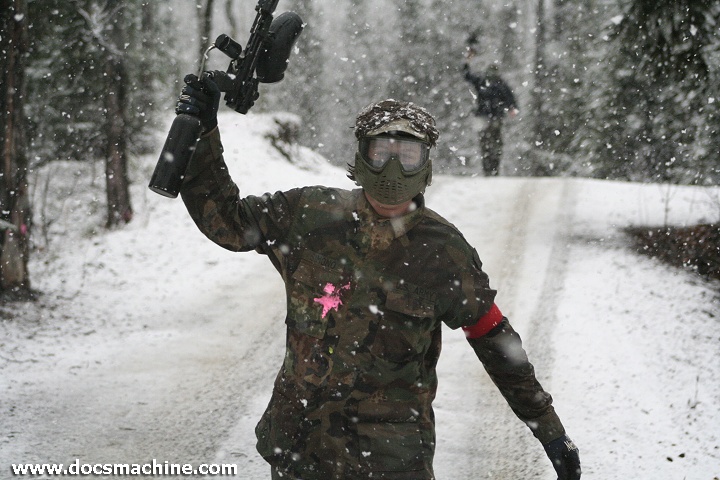 Less than 30 degrees F and wet, and the paint still broke just fine.