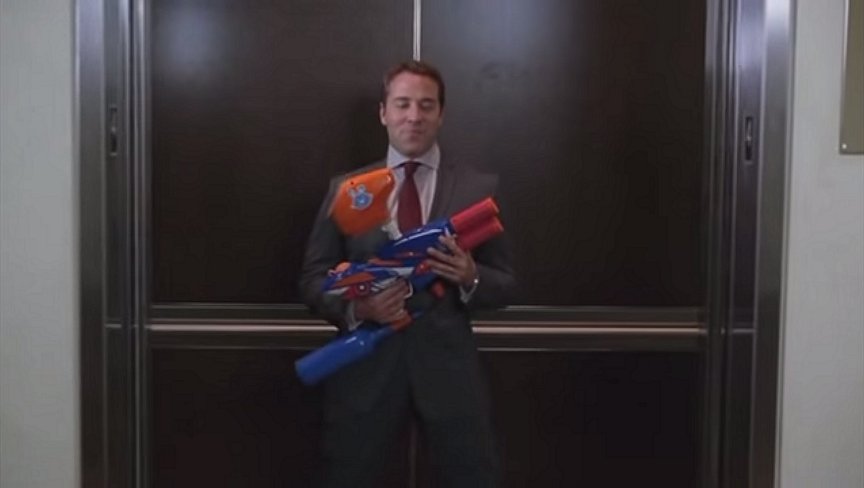 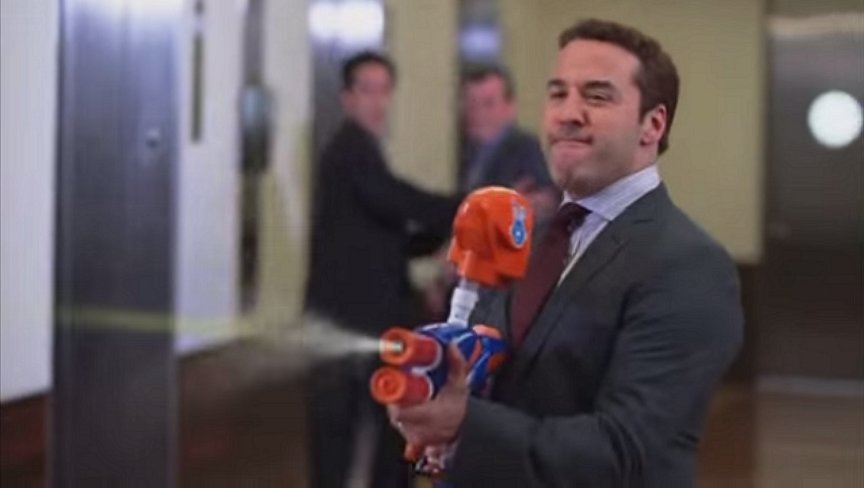 Ari meets up with one of his employees and asks how he's been. Before he can answer, Ari shoots him multiple times.
The gun appears to be firing actual paint, although probably at reatively low velocity and with quite a few barrel breaks.

"Great! I'm back, and you're fired." Here we can see the only part of the paintball gun showing- a cast potmetal 90-degree frame, with a
cylindrical inline ASA. From this the marker inside was eventually identified as a Kingman Spyder Sonix, though the grip panels have been
left off for some reason.  The outer shell is a Banzai Twin Barrel Water Blaster, a Supersoaker-type pump-up squirt gun. 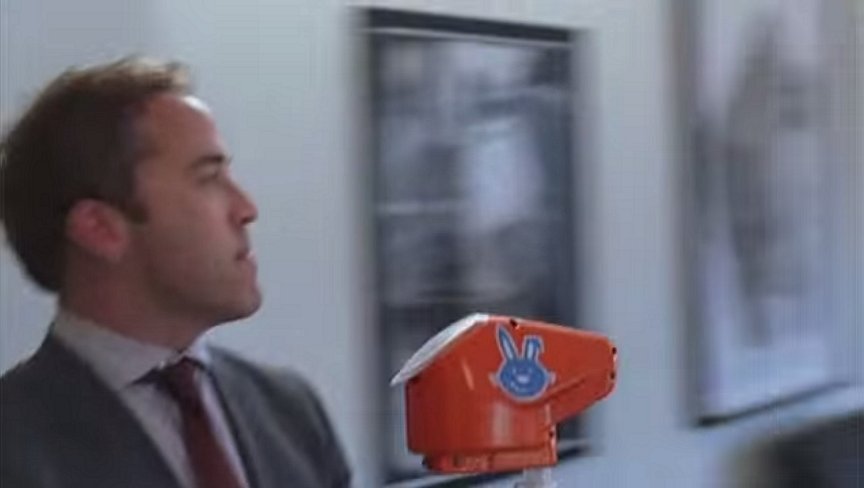 The loader, however, is very clearly a Viewloader XSV Vlocity, with a rabbit sticker, on a standard plastic vertical neck. 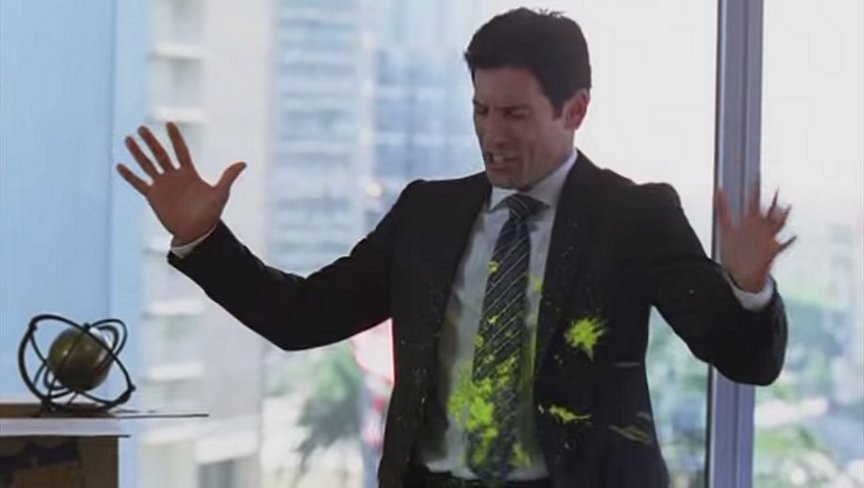 The second employee takes multiple hits, both in front and in back. The paint and hits look real. 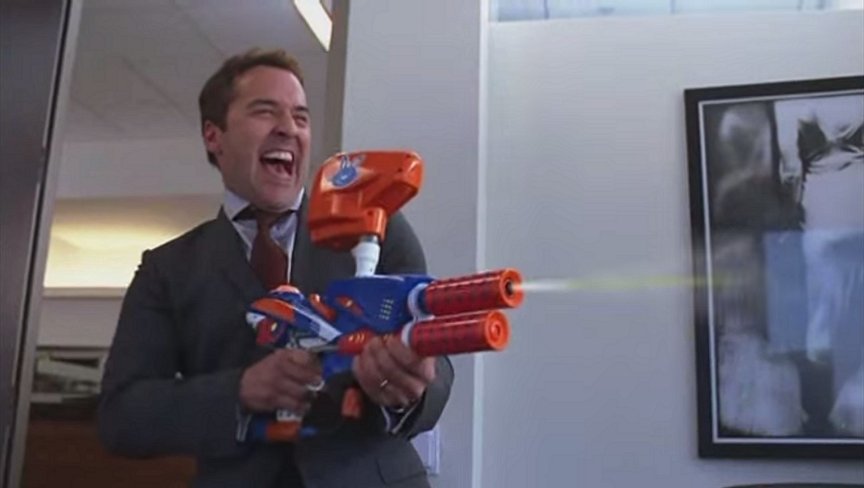 Ari is clearly enjoying himself despite doing something that would almost certainly get him sued or even charged with assault and battery in real life. :)
Some of the supposed CO2 vapor seen as the gun is fired, was clearly added digitally. 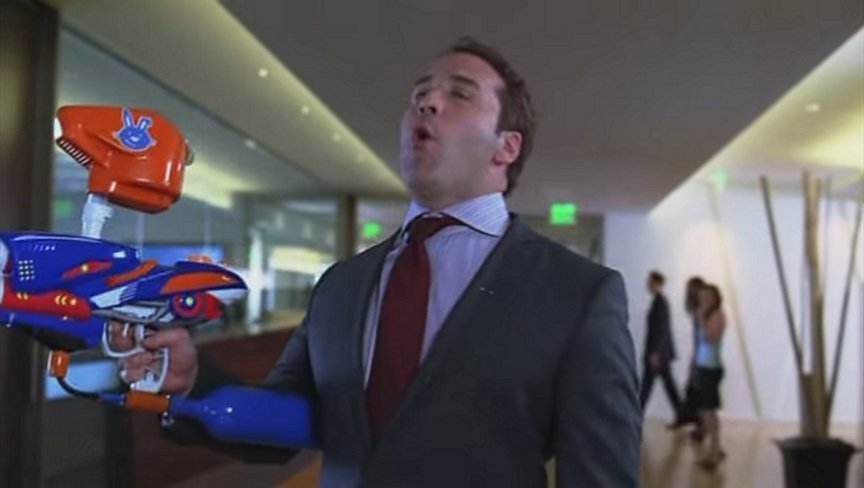 A slightly better look at the grip and the rest of the gun. I suspect the reason the producers went to the trouble of making up such a wild and colorful
obviously-not-a-weapon marker was to avoid any association with actual "office shooter" stories- to keep this vignette fun and lighthearted, not
"holy crap he's here to kill us all!"

A YouTube video of this sequence can be found here.